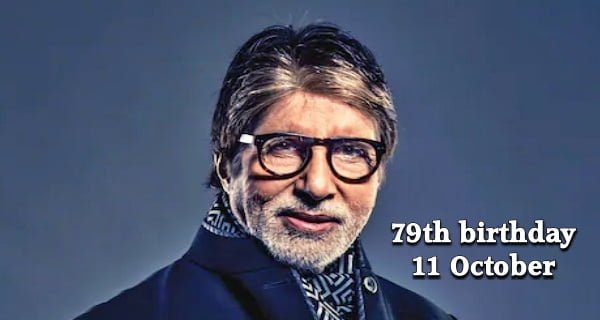 Mumbai: Megastar Amitabh Bachchan is celebrating his 79th birthday on 11 October. Today Amitabh is one of those actors who have made their place in the hearts of people with their strong acting. Amitabh made his Bollywood debut with ‘Bhuvan Shome’.

Today, on the occasion of Amitabh’s birthday, let us tell you about his net worth and his cars. Amitabh has done more than 200 films in his film career. According to media reports, Amitabh’s total assets are 2950 crores. Amitabh’s annual income is said to be more than Rs 60 crore. If we talk about his one-month earnings, then he earns more than Rs 5 crore.

Talking about Amitabh’s cars, according to media reports, he has more than 11 luxury cars, which include Lexus, Rolls Royce, BMW, and Mercedes. Amitabh has a special car collection.

Amitabh has also been awarded many awards. He has received the highest honors ranging from Dadasaheb Phalke Award to Padma Shri and Padma Bhushan. Amitabh Bachchan, who has won three National Film Awards and 16 Filmfare Awards, is not only an actor but also a playback singer and film producer.

06/04/2021/11:03:am
New Delhi: Baiju, a well-known startup in the education sector, has acquired Aakash Educational Services. The deal between the two has been done for...

IPL Remaining matches will be held in September and October, announcement on May 29

23/05/2021/8:42:pm
Mumbai: Big information has been revealed about the Indian Premier League, the world's most famous cricket league. According to media reports, the remaining matches...