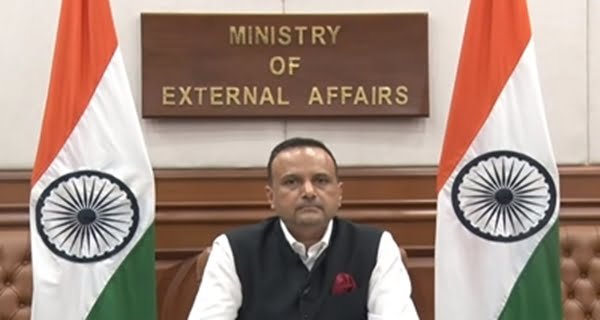 New Delhi: India has expressed concern over the possibility that F-1 visa students attending online-only classes in the US may lead to the return of a large number of Indian students studying there.

In reply to a media query, External Affairs Ministry spokesperson Anurag Srivastava said India has conveyed the concern to the US side.

He said, the matter was raised by Foreign Secretary with his counterpart during Foreign Office Consultations.

He said, India has urged the US that there is a need to keep in mind the role that educational exchanges and people to people relations have played in development of Indo-US relations.

He said, the US has noted the concerns.

Replying to a query on opening of Kartarpur Corridor, Mr Srivastava said there is an agreement on Kartarpur Sahib and India and Pakistan are currently consulting various stakeholders in this regard.

Most advanced fighter aircraft B-21 joins US Airforce

28/05/2022/9:45:am
Ankara: Abu Hassan al-Hashimi al-Qureshi, the leader of the global terrorist organization Islamic State of Iraq and Syria (ISIS), has been arrested in the...

Aircraft carrier ‘Vikrant’ to be inducted in Navy on September 3 at Kochi, vessel...

03/10/2022/10:20:am
Today is Durga Ashtami of Shardiya Navratri. There is a law to worship girls on Durga Ashtami and Mahanavami. Kanya Puja is also known...

JEE Main result can be announced at any time, see on...