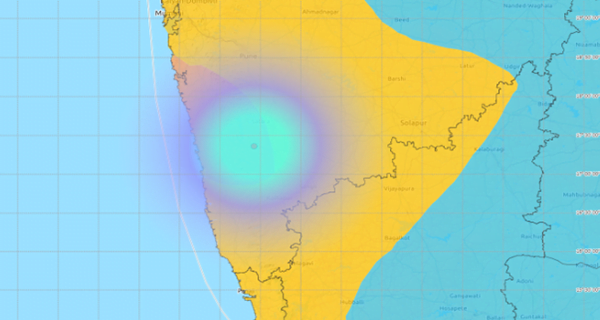 Satara(Maharashtra): Earthquake tremors have been felt in the Satara district of Maharashtra. People are frightened by this incident. The intensity of this earthquake has been measured 3.5. It is being told that there has been no loss of life in this.

Earlier, tremors of earthquake were felt in Satara district. Two earthquake tremors were felt here on June 20 last month. These were all low intensity earthquakes.

At the same time, earthquake tremors are being felt in different parts of the country for the last few days. The tremors were felt in Assam on Saturday itself.

11/10/2021/1:16:pm
Moscow: To fight Coronavirus, Russia first made a vaccine named Sputnik V. But the company that made this vaccine, the Gemalaya National Research Institute...

19/11/2022/10:27:am
New Delhi: Apple recently stopped providing chargers in the retail box of the iPhone 12 series. After this, Samsung also removed the charger from...

Chandra Grahan 30 November 2020 Dangerous for which amount? know everything about this lunar...

Who is Andy Jaisi? who will replace Amazon CEO as Bezos

Abroad’s Online degree is not valid in India, students should not play with ...

27/03/2022/10:39:am
New Delhi: Every year thousands of students apply for admission to foreign institutions for college education. However, for the last two years, due to...

Warning of heavy rain in many states of the country, IMD...