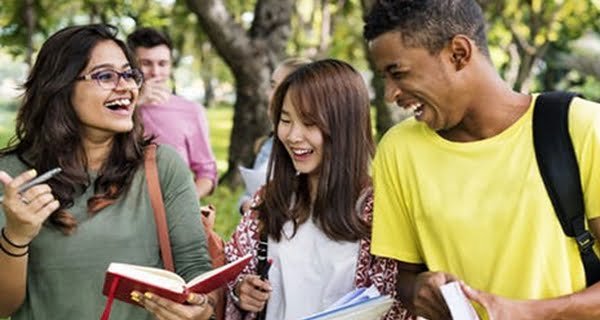 Washington: Guidelines issued by US Immigration and Customs Enforcement have been condemned by many Congress members and top academic institutions under which foreign students living in the US on F-1 visas must do at least one course in which they Be able to be present in person otherwise they will face the risk of being deported. However, the State Department has said that many foreign students wishing to study while staying in the US still have the opportunity to do so. In fact, these guidelines issued a day earlier created panic among the foreign students. The largest number of foreign students are from India and China.

Benny Thompson, Chairman of the Committee on Home Security, Kathleen Rice, Chair of the Sub-Committee on Border Security, said in a joint statement that the new policy will harm the economy, it is harmful to American institutions as well, and this policy also to improve American security Nothing will work. Both MPs said, “There is no reasonable reason for the Trump administration not to have any kind of flexible attitude towards foreign students who are getting an education from colleges and universities adopting the ‘online only’ policy.” He said, “Foreign students contribute billions of dollars to the American economy and by exposing them to the country, Americans will have to lose the income they so desperately need.” MPs said, “We cannot allow President Trump to finish jobs and create needless trouble to satisfy his anti-immigration thinking.”

We oppose his irresponsible policy and the permanent damage done to the universities and communities of the country. ” Stanford president Mark Tessier Levingne expressed concern that the decision would increase complexity for overseas students and create uncertainties. The State Department, which issued visas to foreign students, said it was a temporary decision. The department said, “Under this, certain requirements have to be met regarding the status of non-immigrant students with personal presence and some online courses.” The State Department said that this temporary arrangement would provide more flexibility for non-immigrant students to continue education in the United States.

New Initiative to Engage Adolescents and Youth of India in Decisions About Their Reproductive...

21/04/2022/9:25:am
Mumbai: Bollywood superstar Akshay Kumar has apologized for endorsing a tobacco brand and announced that he will take on as its brand ambassador after...

27/08/2020/9:36:pm
Washington: Kamala Harris, Vice Presidential candidate for the Democratic Party in the US said on Wednesday that the US would not allow Iran to...

India, US expected to move forward on many initiatives in 2022: White House

11/01/2022/9:48:am
Washington: India and the US are expected to move forward together on a wide range of initiatives including tackling the COVID-19 global pandemic, climate...

11 killed in stampede in Afghanistan

Chancellor Angela Merkel will retire after 16 years, know how important...