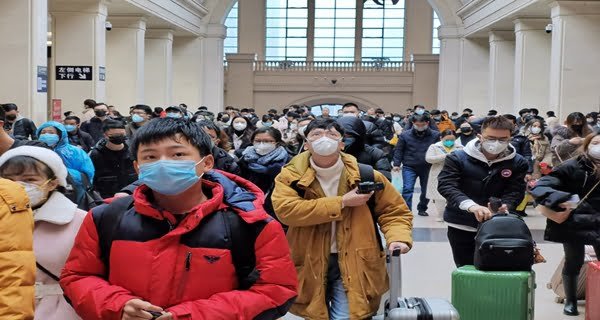 Beijing: As the number of cases of corona virus infection in China has decreased, the scope of investigation here has been extended to the recently opened salons, while in South Korea the relaxation of social distance rules to open up the economy has led to new infections Cases are coming up. US Vice President Mike Pence has postponed his premeditated bus publicity trip to Florida due to increased infection cases. The visit was related to the presidential campaign. Italy, the country most affected by the infection, has reported the lowest number of deaths on Saturday in nearly three months. At the same time, there are no signs of infection in beauty parlors and salons in Beijing, indicating that the infection has been controlled to a large extent.

Authorities in Beijing have closed a large wholesale food market, where the virus was widely spread, schools have been closed again, and some nearby locations have been closed. Apart from this, anyone going out of Beijing will have to show the test report of the test conducted in the last seven days that there is no infection. Millions of Chinese people traveled during the three-day Dragon Boat Festival that ended on Saturday, but there has been no report of infection spreading. Korea’s Centers for Disease Control and Prevention said that 40 new cases of infection are reported domestically, while 22 cases of infection are from foreigners. Local cases of infection relate to crowded areas such as nightclubs, church service. In a setback to the US economy, Tyson Food announced 371 employees at its chicken processing unit in Missouri were infected with the Corona virus. Cases of infection have increased rapidly in Kansas, Idaho and Oklahoma, USA. According to the figures of Italy’s Ministry of Health, eight patients have died since Friday and with this the number of people dying in the country has risen to 34,716.

Authorities in Germany have closed down the entire region after 1,300 employees were found infected in a slaughterhouse in the western region. There are 5,00,000 people living in the western region. The government of Serbia has informed the defense minister Alexander Vulin about the corona virus. Vulin attended Russia’s Victory Day parade event this week. The country’s delegation was led by President Alexander Vusis and Vusis met Russian President Vladimir Putin face-to-face but it is unclear whether Vulin also met Putin. The UK government is considering ending the 14-day segregation law for its citizens who have returned from other countries. Corona virus infection cases in India have crossed five lakh.

Why were not hands tied? Questions on Vikas Dubey encounter

10/07/2020/2:05:pm
Gangster Vikas Dubey, the killer of 8 policemen, was killed in a police encounter on Friday morning. People's reaction has intensified on social media...

Giving free protocol facility to those who are able to donate in Mahakal Darshan...

02/02/2023/3:27:pm
Ujjain: All-round opposition has started against the decision to make protocol darshan system paid in the Jyotirlinga Mahakal temple. Enlightened people say that this...

Fire breaks out in hotel in Hyderabad, 8 killed, electric bike battery explodes while...

04/10/2021/8:41:pm
Washington: The International Consortium of Investigative Journalists (ICIJ) has once again released a report on tax evasion. Many revelations have been made in this...

Cairn Energy will confiscate 20 properties of Government of India,...