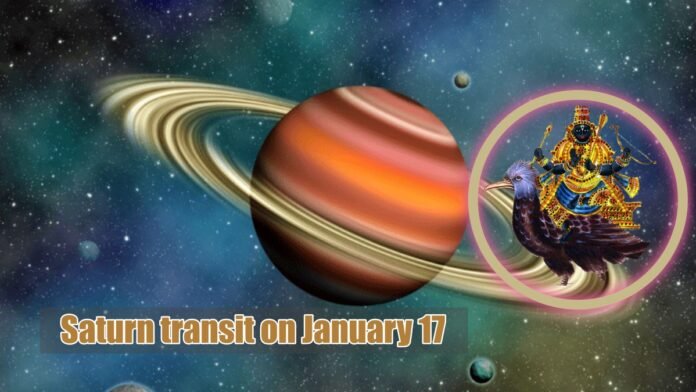 Saturn, who does justice according to karma, is going to change his zodiac sign on January 17, 2023. Saturn is going to transit from Capricorn to Aquarius. Saturn will enter its second house Aquarius on January 17 at 08:02 pm. As soon as they go to Kumbh (Aquarius), some zodiac signs will be affected by half-and-a-half-and-a-half years, then the natives of some zodiac signs will get freedom from Saturn’s sadesati. The four zodiac signs which will be affected by Shani’s half-and-half and Dhaiya, their difficult phase will begin, due to the change of zodiac sign of Saturn, know which zodiac signs, Sade Sati and Dhaiya will run and who will get freedom.

From this time Saturn will be present in Aquarius.

Saturn transit 2023: Effects of Sade Sati on these 2 zodiac signs

With the arrival of Saturn in Kumbh, Saturn’s bed will start on two zodiac signs Cancer and Scorpio. The effect of Dhaiya on these zodiac signs will last for 2 years and 6 months because the period of Dhaiya is two and a half years.

Saturn Transit 2023:  3 Rashi gets rid of Sade Sati and Dhaiya

What to do in Sade Sati and Dhaiya

1. The natives of the zodiac signs affected by Shani’s Sade Sati and Dhaiya should worship Lord Saturn and regularly chant the Beej mantra of Shani.

2. Natives should not consume meat and alcohol during Sadhesati and Dhaiya.

3. In Sade Sati and Dhaiya, a person should stay away from theft, lying, adultery, and wrongdoings.

5. Do not torture any animal, especially crow, buffalo, dog, etc.

On January 17, 2023, after 3 decades, Saturn is going to transit in its own original triangle sign Aquarius, so it is obvious that it is going to have specific results. Saturn’s transit in Aquarius will create ‘Shash Mahapurush Yoga’, which is said to be the prime among Rajyogs. With this transit of Saturn, 3 zodiac signs will get huge profits and benefits. Let us know about those zodiac signs.

For the people of this zodiac, Saturn is the ultimate Raja Yoga factor because it is the best friend of the lord of the zodiac Venus. The Raja Yoga of Saturn will result in your tenth house. Shani, the lord of luck and tenth house, is going to give you all kinds of happiness. At this time you can get a higher position at your workplace. At this time there will be a good opportunity for you to earn money through foreign means. With the grace of Shani, this year you will travel a lot abroad from which you will earn money. You can get a good income from livestock. If you were wanting to buy a house for years, now with the grace of Saturnyour wish will be fulfilled.

For the people of this zodiac, Saturn creates Raja Yoga by being the lord of the fourth and fifth house. Now the Raja Yoga of Saturn will result in its fifth house. At this time, with the grace of Shani, the hindrance in your progress will be removed. At this time, the people preparing for government jobs will not only get success but will also benefit from the government. If you are thinking of setting up a new factory, you will now get help from your family. At this time, you will be able to earn good money in your business, and at the same time, you can see the possibility of getting money for the expansion of the business. The natives who are learning secret knowledge are finally going to get successful.

For the people of this zodiac, Saturn is the lord of the second and third houses. At this time, the Raja Yoga of Saturn will result in its third house. Saturn is said to be very strong in this house. Saturn will be auspicious for the natives of this zodiac also because they were under the influence of Saturn for the last seven and a half years. Now Saturn would be the one to remove the obstacles and tension that was coming in the work. At this time you are going to get a lot of respect in your society apart from gaining money by the grace of Shani. For the people who are associated with politics, the transit of Saturn will give historical results. At this time your courage will be discussed everywhere. You will complete even the most difficult tasks with your willpower.

Whatsapp messages will disappear automatically after 24 hours! Know everything about new feature

16/01/2022/9:46:am
New Delhi: After India's humiliating defeat in the Test series against South Africa, Virat Kohli has left the captaincy of Indian Test cricket. He...

15/07/2022/8:58:pm
New Delhi: Laughing and smiling are very important in life. Whether you are at home or wherever. Especially when you are in the office,...

Saturn Transit from Capricorn to Aquarius in April 2022, know results...