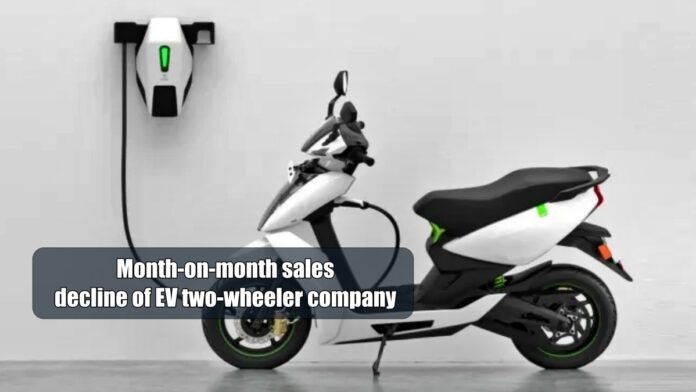 New Delhi: Hero Electric has once again topped the Indian electric two-wheeler market in July 2022 after registering a decline in the last few months. The EV company moved to the third position in June, but in July it sold 8,786 electric scooters as compared to 6,504 electric scooters sold in June. The automaker’s year-on-year sales jumped 108 percent last month as it sold 4,223 units in the same month of 2021.

Okinawa Autotech has become one of the best-performing EV companies in recent months. The company achieved a month-on-month sales growth of 17 percent in July. Okinawa slipped to second place last month. In year-on-year terms, Okinawa sold 2,580 units in July last year, which means the company has registered a growth of 214 percent.

The decline in the sales of these companies
On the other hand, month-on-month sales of Ola Electric, Ather Energy, and Revolt have registered a decline. Ola Electric has registered a sharp decline of 35 percent with 3,852 units in sales last month as compared to 5,886 units sold in June 2022. The sales of Revolt, which sells RV400 electric motorcycles, have also registered a decline in the last month. Last month, the company sold 2,316 units, which is a decline of four percent in sales as compared to 2,424 units sold in June this year.

Is this the reason for declining sales?
In the last few months, incidents of fire in electric scooters of many companies have come to the fore. Many people have been injured in these incidents, while one or two people were reported to have died. This can also be the reason for the decline in sales of electric two-wheeler companies. However, the companies had also recalled several units of electric scooters to investigate these incidents. The government had also constituted a team to investigate the matter, whose report has been submitted to the government.

The government waived the tax of bus operators, Buses will start from 5 September

04/09/2020/10:45:pm
BHOPAL: The way for bus service to be started in Madhya Pradesh has been cleared. Shivraj Government has decided to waive 5 months tax...

10/04/2022/10:17:am
Mumbai: Actress Priyanka Chopra has urged world leaders to help her deal with the "humanitarian and refugee crisis" arising out of the Russia-Ukraine conflict....