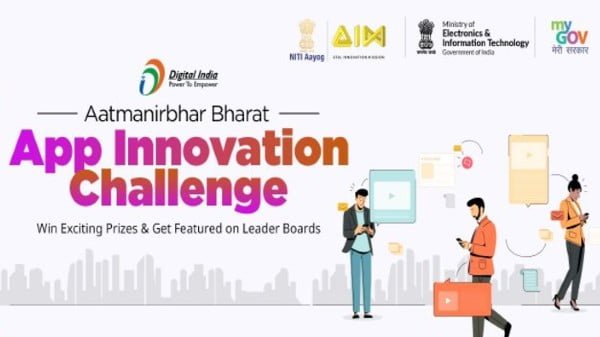 New Delhi: Union Government has extended the last date for Aatmanirbhar App Innovation Challenge to the 26th of this month. The Challenge is hosted on the Innovate Portal of MyGov and to participate in the challenge, participants have to log in www.innovate.mygov.in/app-challenge . Earlier the last date was till tomorrow.

The Aatmanirbhar Bharat App Innovation Challenge, launched by the Prime Minister Narendra Modi on 4th of July has seen a enthusiastic response from tech entrepreneurs and Start-ups from across the country.

Electronic and IT Ministry said, so far two thousand 353 entries have been received across the eight categories. These include 1496 from individuals and about 857 from organizations and companies.

The category-wise breakup of the Apps submitted include 380 under Business, 286 under Health and Wellness, 339 under E-Learning, 414 under Social Networking, 136 under Games, 238 under Office and Work from Home, 75 under News and 96 under Entertainment. Around 389 Apps have been submitted under the others category. The Ministry said, around 100 of these Apps have more than one lakh downloads. The applicants are from all over the country including remote and small towns.

What will be the effect of drinking alcohol after vaccination or before? Learn the...

02/04/2021/11:27:am
New Delhi: The third round of Vaccination In India started in the order of management and control of Coronavirus In India in the country....

Weeds over deaths in Mariupol, mass grave used for burial

10/03/2022/9:23:pm
Mariupol: The situation has become very bad after Russia's attack on Ukraine (Ukraine-Russia War). Mass graves are now being used by the local administration...