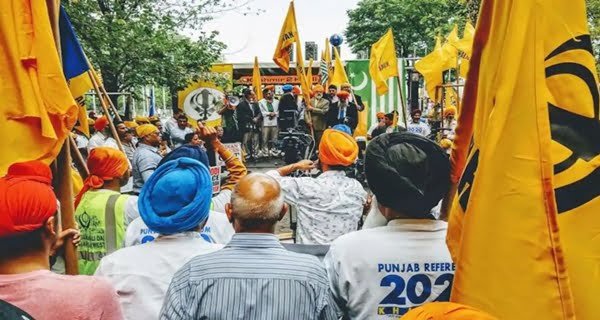 A spokesman of the Ministry of Home Affairs said, “The Sikhs for Justice (SFJ) is an unlawful organization under the Unlawful Activities (Prevention) Act (UAPA), 1967”. He started a campaign to register supporters for his cause. On the recommendation of the Ministry of Home Affairs, Ministry of Electronics and Information Technology (MEITY) has issued orders to block 40 websites of SFJ under section 69A of Information Technology Act, 2000. ”

The Ministry of Electronics and Information Technology (MEITY) is the nodal agency for monitoring cyberspace in India. Last year, the Home Ministry banned SFJ for alleged anti-national activities. The SFJ had emphasized the Sikh referendum as part of its separatist agenda. Another official said that this organization openly supports the objective of Khalistan and in doing so, challenges India’s sovereignty and territorial integrity.

28/08/2020
New Delhi: Coronavirus has caused worldwide outrage. So far, about 25 million people have been infected with this virus. There have also been cases...

03/09/2020
New Delhi: Five states of the country have a 62 percent caseload of active cases of Coronavirus, with Maharashtra having the highest number of...

15 faces including Nitish Kumar will take oath today, 6 MLAs from JDU and...

16/11/2020
Patna: The picture regarding the new government in Bihar is clear. Apart from Nitish Kumar, 14 other faces will also be sworn in as...

Higher Education Institutions Leading the Way with Smart Admission Management in Tier 2 and...

26/08/2020
Gurugram, Haryana, India: India’s education system is known to be the third-largest in the world after the United States of America and China. What...

28/10/2020
Bhopal: The BJP and the Congress have issued their manifestos for the MP Assembly By-elections in Madhya Pradesh on 28 seats. Congress wants to...