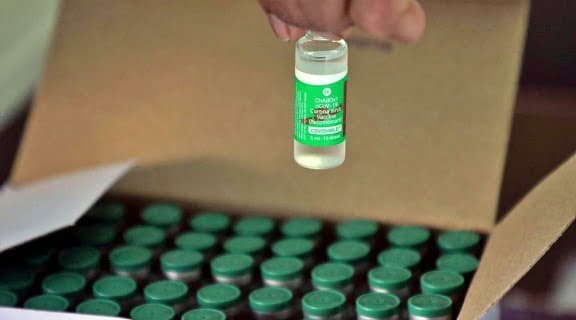 Mumbai: Corona Vaccination work is going on fast in the country. People are being motivated to take both doses of vaccine as soon as possible to protect against coronavirus. In such a situation, it has been reported that for the private healthcare sector, Corona vaccine doses have become a problem. Private hospitals are providing vaccines to bulk buyers of vaccines at a 10-30 percent discount. In fact, the private sector has bought a huge stock of vaccine doses. Its cost is in crores but Now this stock is stuck due to the non-availability of people. In such a situation, these stocks are being sold at a discount to the bulk buyers to avoid huge losses. Meanwhile, many hospitals have asked the manufacturers to return the unsold goods. have contacted.

According to the report of Times of India, at present more than 85 percent of unsold doses are available in hospitals in Mumbai. This is in stark contrast to the situation which was in May-June where the private sector was finding it difficult to get the vaccine. By the last week of October, 47 lakh vaccine doses were available with the private sector. There has been a decline in private sector vaccination in the city in October with less than 3 lakh people getting paid vaccines.

It is being told that there are 7,000 doses of Covishield worth Rs 44 lakh in Sanjeevani Hospital in Malad, which no one is going to take at the moment. The director of the hospital, Dr. Sunil Aggarwal, told the Times of India, “I have contacted both the manufacturer and the BMC, but no one is ready to take the vaccines.” He said that we are ready to give it at a discount of 30 percent, it is much better than wasting the dose. The number of people coming to the hospital for vaccination daily, which was more than 1000 at one time, has now come down to less than 20-25 people.

Many hospitals, like Oscar, are hoping for the government to approve a booster shot so that these doses can be consumed. He said that reducing the gap between doses can also increase the demand for the vaccine. The municipal corporation had said that reducing the gap to 84 days would make more than 22 lakh people eligible for vaccination immediately.

A state official said that private hospitals have offered the vaccine to the government. “But when there is enough supply from the Centre, we cannot buy from the private sector,” the official said. Interestingly, no hospital has cut rates despite excess supply.

Appointment of Indian-origin women to two key positions in the U.S. Mission to the...

29/01/2021/9:19:pm
Washington: The Biden administration has appointed two Indian-American experts, Sohini Chatterjee and Aditi Gorur, to two key diplomatic positions in the US mission to...

21/06/2020/2:38:pm
The India-Nepal border dispute has been continuously deepening. After showing three parts of India in its political map, now Nepal is going to take...

27/06/2022/9:08:pm
Elmau (Germany): The leaders of the G-7 countries on Monday discussed the impact of the Russo-Ukraine war on the global economy, including food and...

Google is soon bringing its first Smartwatch to compete with Apple Watch!

Google Map will tell users how much toll tax they have...