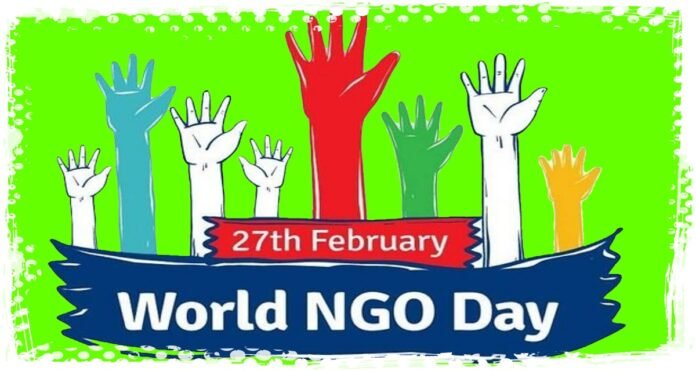 New Delhi: Every year ‘World NGO Day’ is celebrated all over the world on 27th February. There are many people or animals in the world who need many types of help, so volunteer for them. NGO’s come ahead, this day is celebrated dedicated to them. This day is celebrated for the encouragement of those people who are working day and night in some NGO for humans and animals.

World NGO Day is celebrated in his honor all over the world. Today, on the occasion of this day, we are going to give you some important information related to this. Let’s know…

World NGO Day
Let us tell you that for the first time World NGO Day was celebrated on 27 February 2014. The full form of NGO is (Non-Government Organization). Actually, the work of NGOs is to help needy people in a particular area. They help people and living beings, so the government encourages them by giving them financial support. The first World NGO Day was hosted by the Ministry of Foreign Affairs of Finland in the country of Finland for the first time.

It is celebrated all over the world on this day. As we all know, there are many types of NGOs that work in all the countries around the world which give essential things like food, shelter, education, and treatment to needy people and do not charge any kind of fee from them. To appreciate it and to encourage them for this noble cause, this day is celebrated all over the world.

History of World NGO Day
Let us tell you that in the year 2010 the Baltic Sea states members of the Baltic Sea NGO Forum and the official members of the Council decided to officially celebrate World NGO Day. Which was later declared by the United Nations General Assembly on 27 February 2014. Since then, every year on 27 February this day is celebrated all over the world.

China is now constructing on the grounds of Depsang, India raised...

Israel’s major attack on the seventh day of the battle, bombing...