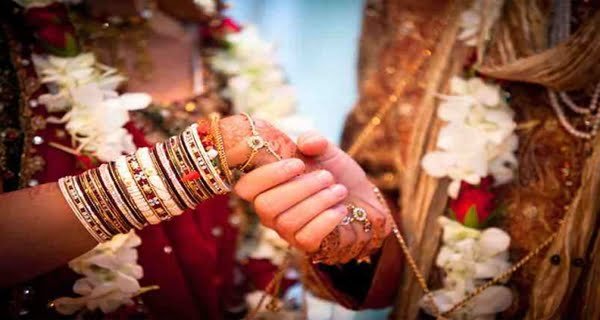 Bhopal: The vicious husband’s surprise fraud was revealed 4 months after his marriage to the young man who came in contact with the Matrimonial site. In fact, on January 30, the director of an NGO, living in Misrod police station area of ​​Bhopal, married Bhaskaran, a resident of Bangalore, by custom. Software Engineer by profession Bhaskaran was living in Bhopal (Bhopal). The woman came in contact with Bhaskaran through a matrimonial site. After marriage, Bhaskaran stayed with her for 4 months and suddenly disappeared one day after that. When the headmistress gathered information about her, so many things were revealed.

The third marriage was with the NGO director
The NGO director told the police that when she suspected her husband Bhaskaran and questioned her, he first started to hide the information but when she gathered information from her level and through social media, it came to know that Bhaskaran is already married and she Has not one but 2 weddings and the third is married to her. When the director asked Bhaskaran, Bhaskaran talked about getting divorced but on asking for divorce documents, Bhaskaran got scared and ran away from home. The husband complained about the disappearance of Bhaskaran at the Women’s Police Station. At first, the police did not take the case seriously due to the lockdown, then due to the area of ​​Misrod police station, the police transferred the case to the Misrod police station for further investigation.

Twitter gave users a new weapon, instead of blocking, do ‘soft block’

12/10/2021/8:47:pm
New Delhi: Micro-blogging site Twitter has recently rolled out a feature for its web version, in which you can block users without blocking them....

Elon Musk will become the CEO of Twitter, already at top of...

01/11/2022/10:31:am
New Delhi: Elon Musk, who recently completed the acquisition of the microblogging site Twitter, will now take over as the CEO of the company....

10/08/2021/10:52:pm
New Delhi: The Delta variant of the coronavirus has caused havoc all over the world at this time. Countries that had lifted all the...

21 laborers stranded in China due to waterlogging in coal mine

11/04/2021/8:55:pm
Beijing: A coal mine in the Northwest China region of China trapped 21 miners from flooding. The Xinhua Dialogue Committee reported that the mine...

10/12/2020/3:27:pm
New Delhi: The ACC and Ambuja Cements said on Thursday that the Competition Commission of India (CCI) has launched an investigation into alleged anti-competitive...

Maharashtra government did not allow Governor Koshyari to fly from government...

Mumbai: Metro 4 project cost is increasing! Likely to be completed...