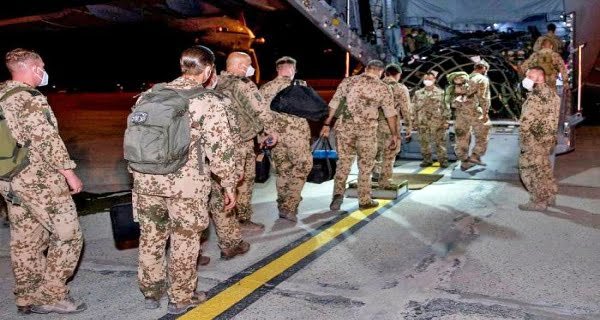 The German military said that these soldiers were leaving for Germany via Tbilisi, Georgia and Brigadier General Ansgar Meyer, the last commander of the German contingent, boarded an ‘Airbus A400M’.

It is noteworthy that in support of US President Joe Biden’s decision to withdraw all American troops from Afghanistan from May 1, NATO decided to withdraw about 7,000 non-US troops from there.

Then there were about 1,100 German soldiers in Afghanistan. Amid the troops’ departure, around 750 containers full of equipment, including 120 vehicles and six helicopters, have been sent to Germany by sea and land.

10/06/2020/9:46:pm
Ahmedabad: In Gujarat, pre-monsoon showers continued to lash several parts of Saurashtra and Southern parts of the state. Heavy downpour was witnessed in parts...