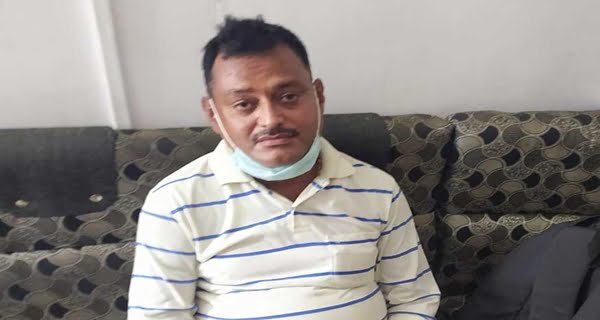 Kanpur: The post-mortem report of notorious criminal Vikas Dubey confirmed that he died due to excessive bleeding. Vikas Dubey’s postmortem report went public on Monday. It confirms that the infamous criminal had suffered three bullets and all three of them had passed through his body. Vikas was killed by a police bullet near Kanpur. The post mortem was done by a team of three doctors and a video recording of the entire process was done. An official said on condition of anonymity that according to the post mortem report, a total of ten wounds were found in Vikas’s body.

The official said that six wounds are in the body of the bullet while the other four wounds are on the right side of the body due to the fall of development after the bullet. He said that the first bullet hit his right shoulder while the remaining two bullets are on his chest on the left side. The report stated that Vikas’s death was due to excessive bleeding. According to the report, mild swelling was found in the right side of the body with wound in the head, elbow, rib and stomach.

However, the post-mortem report has not revealed whether the bullet was fired from close range or from far or how far. The police team went to raid Vikas Dubey on the intervening night of July 2 and 3. The police were ambushed and eight policemen were killed in that attack. After the attack on the police team, Vikas and his companions fled the spot. Later Vikas was killed in an alleged encounter with the Uttar Pradesh Police’s Special Task Force (STF) and the Kanpur police.

The STF says that the vehicle from which Vikas was being brought from Ujjain in Madhya Pradesh was overturned on the outskirts of Kanpur city due to heavy rains. Vikas tried to escape from the spot and was killed in a police encounter.

30/06/2022/9:35:am
Srinagar: After nearly three years, the Amarnath Yatra will begin today to visit Baba Barfani in the hills of South Kashmir. This time the...

Chennai Super Kings’ Ravindra Jadeja out of IPL due to injury