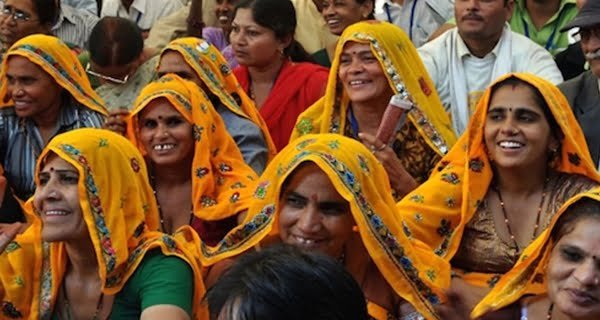 Chandigarh: Now in Haryana, women will get 50 percent reservation in Panchayati Election. The Haryana Government has given in-principle approval to this decision. Haryana Deputy Chief Minister Dushyant Chautala informed the government’s decision in a press conference in Chandigarh on Thursday. Dushyant said that due to 50% reservation for women in Panchayati Raj Institutions, rural development will be faster and women empowerment will also increase.

Let us know that the Haryana government is constantly doing new experiments for the Panchayati elections. Haryana was the first state in the country where a condition of educational qualification was imposed for panchayat elections. An educational qualification limit was set for all, whether female or male. However, it was also opposed and the matter reached the court. The Supreme Court also approved the Haryana Government’s decision. After this, there are educated educated people’s representatives in all panchayats in Haryana and this is the reason why the development work at the lower level has increased significantly.

In continuation of this connection, the Haryana government has now decided to give 50 percent reservation to women in the Panchayati elections. All the leaders in the coalition government agree to this decision and a bill related to reservation will be brought in the next session of the Haryana Legislative Assembly which is called the Massoon Session. This law will be made as soon as the bill is passed on the floor of the assembly and women will benefit from this reservation in the next elections that are to be held in February 2021.

Scooty will be given to 100 women representatives

06/11/2020/12:52:am
Redlands, Calif., United States:  Esri, the global leader in location intelligence, today announced a new free and open tool it is making available for countries...

Loss of 400-500 crores to the textile market in Surat due to Taliban occupation...

20/08/2021/9:51:am
New Delhi: After the occupation of the Taliban in Afghanistan, the situation has worsened there. People are running away from the country due to...

20/08/2020/10:43:pm
Bhopal: A deep low pressure area in the Bay of Bengal has reached near Chhattisgarh on Thursday. Monsoon Dronika (trough) is passing through Jabalpur....

Salary of 80 thousand railway employees will be increased: Railway Minister

17/11/2022/8:49:pm
New Delhi: The government has given good news to railway employees. In fact, the Railway Minister has announced that the government is soon going...

Monsoon will knock in 24 hours in these states including Rajasthan,...