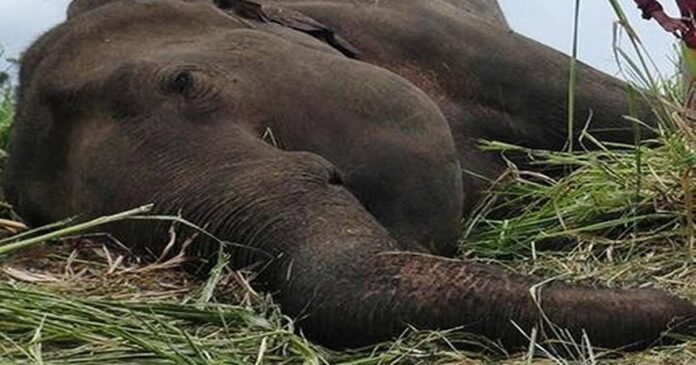 Raigad(CG): The elephant body has been recovered by the forest department in Raigad district of Chhattisgarh. Six elephants have died in the state in the last 10 days. Officials of the forest department of Raigad district said on Thursday that the body of an elephant has been found in Dharamjaygarh area of ​​the district this morning. This is the second incident of the dead body of an elephant being found in this area in the last three days. Priyanka Pandey, forest divisional officer of Dharamjaigarh area, said that the body of a male dental elephant has been found in Behramar village, about 50 km from Raigad.

The elephant’s body is found behind a farmer’s house. Pandey said that on receiving information from the villagers this morning, the forest staff reached the spot and the body of the elephant was recovered. The official said information about the cause of the elephant’s death has not been received. After the post-mortem, the correct information will be found in this regard. Dead ivory is safe. The department is investigating the case. The body of an elephant was recovered by the forest department on Tuesday in Girisha village of Dharamajigarh area of ​​Raigad district. According to officials, the elephant died due to electrocution. In this case, five people including three personnel of the electricity department have been arrested. Six elephants have died in the last 10 days in Chhattisgarh.

On June 9 and 10, the forest department recovered the bodies of two elephants and on June 11 the body of an elephant in Balrampur district in Pratappur forest zone of Surajpur district of the state. The state government suspended three forest department employees and one forest guard in Balrampur district after the death of three consecutive elephants. A show cause notice has been issued to the forest officer of Balrampur. The matter is under investigation. On Tuesday, the body of a baby elephant was found in the swamp of Mongri village in Dhamtari district. 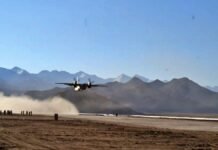 Who is Nancy Pelosi? After all, why is China irritated by her name, know...

05/08/2022/12:05:am
Washington: US House of Representatives Speaker Nancy Pelosi's plane has reached Taiwan despite repeated warnings from Chinese President Xi Jinping. Whereas the Chinese government...

29/09/2022/9:57:am
New Delhi: Instant messaging app WhatsApp is always bringing new updates and features for its users. This time too the platform is going to...

Corona can enter the brain through the nose: study

Waiting period of 3 years for US Visa; Know what is...