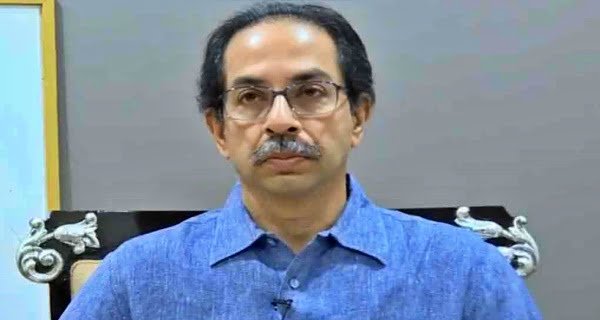 Mumbai: Maharashtra Chief Minister Uddhav Thackeray has resigned from his post. Uddhav Thackeray will hand over the resignation letter to the Governor. Earlier, he said on Facebook Live that I came here unexpectedly. That is why I am also resigning from the membership of the Legislative Council. He said that I am not sad that I am resigning. Uddhav said that I have already left the Chief Minister’s residence. He said that from tomorrow I will go to the Shiv Sena office.

Ashok Chavan told me, that if there is a problem then we come out of MVA
Uddhav Thackeray said I had come unexpectedly and I am going unexpectedly. Meaning I am not going forever. I will stay here and will sit again in Shiv Sena Bhavan, gathering all my people. He said, after the end of the cabinet today, Ashok Chavan told me that we are with you. If there is a problem because of this, then we go outside Maha Vikas Aghadi and give support to you from outside but I said no it does not happen.

Thanks to Congress-NCP
Uddhav Thackeray said, today the cabinet meeting was held, I am satisfied that the names of the cities which Balasaheb Thackeray had named, the name of Aurangabad as Sambhajinagar and Osmanabad as Dharshiv, today we have officially given those names to them. He said I want to thank the people of NCP and Congress that they supported me. Today only me, Anil Parab, Subhash Desai, and Aditya from Shiv Sena, these four people were present at the time of passing of that resolution.

18/12/2021/9:58:am
Islamabad: There is a ruckus in the politics of Pakistan these days. Recently, a former member of Imran Khan's party PTI and retired judge...

After Maharashtra and Punjab, the BJP suffered in Bengal, Bimal Gurung split from the...

21/10/2020/8:50:pm
Kolkata: After the veteran leader Eknath Khadse left the party in Maharashtra, the BJP in West Bengal has suffered a setback. Bimal Gurung, the...

Away from luxury, live a disciplined life: Anil Ambani in UK court

26/09/2020/11:28:pm
London: Reliance Group Chairman Anil Ambani gave evidence in a dispute in a UK court over a loan agreement with three Chinese banks in...

Amitabh Thakur, the famous former IPS of UP, will contest against...

People are roaming around with masks under their noses and blaming...