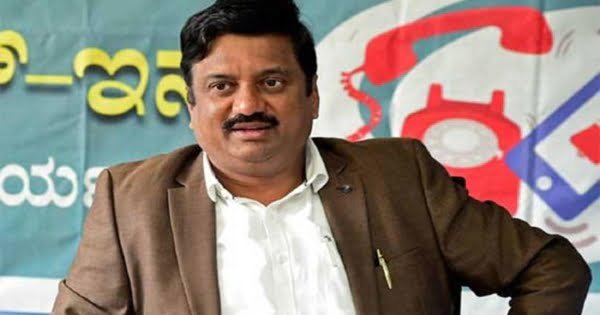 Vijay Shankar is accused of allegedly taking bribe to cover up the IMA Ponzi scam. In 2019, a special investigation team was formed by the former Karnataka Chief Minister HD Kumaraswamy-led coalition government, which arrested Shankar. After this, the BJP government handed over the case to the CBI. CBI sources told PTI-language that recently the agency had sought permission from the state government to prosecute Shankar and two others in the case.

The CBI also sought permission from the state government to prosecute two senior IPS officers in the case. Mohammed Mansoor Khan started the Ponzi scheme in 2013 promising to return a large sum of money. This matter is related to the same.

07/03/2021/9:26:pm
Mumbai: In Maharashtra, the outbreak of Coronavirus Cases is once again spreading rapidly. More than 11 thousand cases have been registered in Maharashtra in...

25/06/2020/7:15:pm
Boycotting Chinese products may not be feasible for India as the domestic industry is dependent on inputs from the neighbouring country, FIEO said on...

6 lane tunnel being built in Madhyapradesh: canal over tunnel, then...

Grand Dipotsav in Ayodhya today, CM Yogi will launch from the...