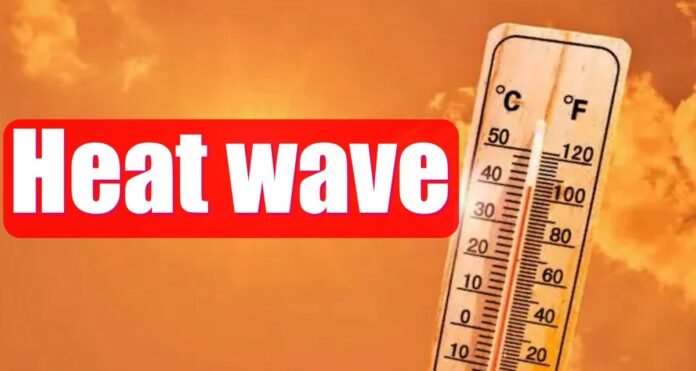 New Delhi: Heat is breaking records all over the country including the national capital Delhi. People are suffering from the heat. Meanwhile, the hottest day has been recorded in Delhi today i.e. Sunday. According to the India Meteorological Department (IMD), there may be severe heat in Delhi in the coming times as the maximum temperature has crossed 49 degrees. The maximum temperature recorded in Delhi’s Mungeshpur today is 49.2 degrees Celsius.

Meteorologists’ forecasts proved to be true
Earlier, meteorologists had said that the heatwave may reach its peak on Sunday in Delhi, affected by hot and dry westerly air. Also, scientists had predicted the maximum temperature to be above 46 degrees Celsius in many areas. which has proved to be true.

Hot and dry westerly winds will increase the temperature
Mahesh Palawat, vice-president (meteorology and climate change), a private weather forecasting agency Skymet, had said that hot and dry westerly winds blowing over Delhi-NCR will further increase the maximum temperature. The mercury is expected to reach 45 degrees Celsius in Safdarjung on Sunday.

Was issued ‘Orange Alert’
Let us inform that ‘Orange’ alert was issued to warn people about the danger of severe heat wave. IMD uses four color codes to give weather warnings. These include Green (no action required), Yellow (keep an eye and stay updated), Orange (be prepared) and Red (take action).

Avoid exposure to heat
The Meteorological Department said that severe heatwave could pose health concerns for vulnerable people, infants, the elderly, and people suffering from diseases in the affected areas. Therefore, people in these areas should avoid coming in contact with the heatwave. Light-colored loose, cotton clothes should be worn and the head should be covered with cloth, cap or umbrella, etc.

Dust storm will hit Delhi on Monday
Palawat said, “An area of ​​a cyclonic circulation over Punjab and Haryana will induce pre-monsoon activity, which may bring some respite from the scorching heat on Monday and Tuesday. IMD said that there is a possibility of a dust storm in the national capital on Monday.

Resumption of regular international flights from tomorrow after two years

26/03/2022/8:42:pm
New Delhi / Mumbai: After being closed for two years due to restrictions imposed to prevent the Covid-19 epidemic, regular international flights from India...

Corona havoc in Maharashtra, night curfew across the state from March...