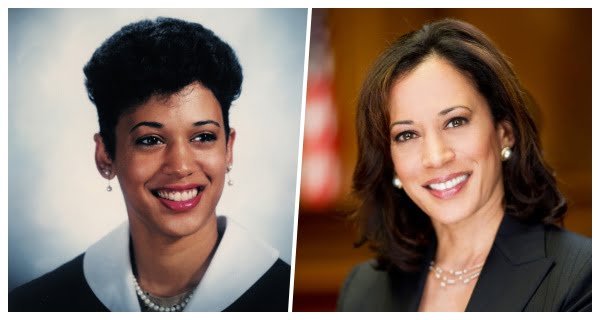 With the news of Joe Biden becoming the US President, the headlines about the election of Kamala Harris as the Vice President of USA are very important for India as well as Asia. Harris is the first African American woman, the first South American American, and the first woman of Indian descent to reach this milestone. Just as experts and activists had predicted before the election, Harris received a good number of votes from the Black Americans minority in the election.

During his campaign, Harris did his best to impress black leaders and voters. From colleges and universities historically recognized for the black population, Harris coordinated well with women’s organizations, such as Alpha Kappa. It is important to understand why Harris’ victory is historic in many ways.

The meeting was stopped and God was thanked
As soon as the news of Harris’ election as Vice President was released, the meeting of the Alpha Kappa organization was going on, which was stopped in the middle and the whole board celebrated by congratulating Harris. At the same time, the organization’s president, Glenda Glover, said it was a moment of pride for women around the world, especially black women, not for any particular organization.

Open paths for blacks!
A report based on the experiences of many women stated that women were extremely excited about Harris’ victory. Shanaya Gray, an assistant professor, was quoted as saying that it was exciting news that “no black and immigrant American woman has become vice president.” This has not been the case in America. Our girls and boys now have a role model and they can take inspiration from it. ‘

Similarly, many black women believe that Harris’ victory not only made them personally proud but also gave them hope for the future. It is being seen as an opportunity to turn blacks’ political ambitions and dreams into reality.

Comparison with Barack Obama
The report quotes Kwanda Baker, secretary of the National Organization of 100 Black Women, as saying that Harris’ victory is as significant as Barack Obama’s presidency in 2008. Baker also said that she never dreamed she would see this happen in her life. “Winning Harris’ election will not only change people’s attitudes toward black women, it will also change the attitude of black women towards themselves.”

Unbridled enthusiasm in the Indian community
Harris repeatedly mentioned his Indian roots, his mother’s contribution to his election campaign, and it had a profound effect. The language and emotion of Harris’ speeches helped build a hold among voters. Sayu Bhojwani, New York’s first female commissioner for immigration, was quoted as saying that Harris’ victory was also an indication of what an American leader should look like.

Is there a crown of thorns for Harris?
According to Bhojwani, many progressive South Asians were influenced by Harris despite their differences. There will be a lot of administrative pressure on Harris and at the same time, it should not be taken for granted that his victory means that people want to see him as president soon. “There has been an atmosphere of hatred for black women in this country, so the way forward will not be easy for Harris.”

Amidst all these speculations, one positive thing is that women’s political participation in America seems to be improving. The AAPI data survey states that the trend of political participation of Indian Americans is better than that of Chinese and Japanese Americans. Not only that, women are represented in 30% of all the seats in Congress. Overall, it is hoped that ‘and many more Caterpillar Harris’ will be in the headlines soon.

08/09/2022/9:37:pm
London: The health of Britain's Queen Elizabeth is going bad these days. The doctors are very worried about his health. According to the information...

22/11/2022/9:34:am
New Delhi: The central government on Monday decided to do away with the mandatory filling of air facility forms for international passengers amid a...

06/11/2020/10:15:am
Washington: In the US Presidential Elections, the subject on which voters appeared most and most clearly divided is the Coronavirus epidemic and President Donald...

Infection in the UK via a new type of Coronavirus, strict...

Aditi Ashok lost medal with one shot, yet history was made...