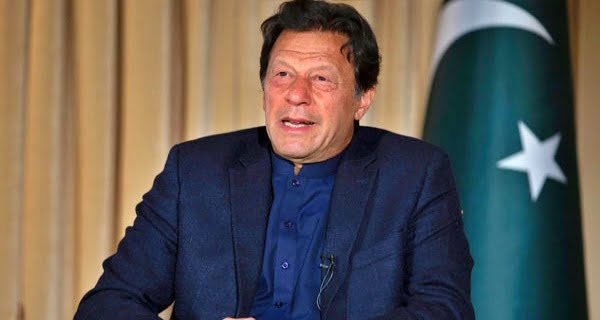 Islamabad: Pakistan Prime Minister Imran Khan (Pakistan PM Imran Khan) has taken a dig at the leak of Arnab Goswami Whatsapp Viral Chat, editor and anchor of Republic India TV. Citing this chat, Imran said that the Modi government is promoting terrorism. Imran said that the Modi government took advantage of the Balakot Airstrike incident with the media in the general elections and set the area on fire. This chat of former BARC CEO Partho Dasgupta with Arnab Goswami also mentions a major strike three days before the Balakot air strike on 26 February 2019.

‘BJP took advantage of Balakot Airstrike in domestic elections’
Imran Khan made several tweets one after the other and referred to his speech in the United Nations General Assembly UNGA in the year 2019 and said that the Modi government took electoral advantage of the Balkot incident. He then told the international community that the ruling Bharatiya Janata Party of India used the Balakot crisis to take advantage of domestic elections.

‘Unethical nexus between government and media’
Imran Khan, citing an Indian journalist’s chat, said that there is an unethical nexus between the government and the Indian media and that the entire area was thrown into the fire of military struggle to win elections. Imran Khan said that every conspiracy of India against us has been exposed. Now India’s own media has revealed its dirty connivance, which wants to throw this field armed with nuclear weapons into the fire of conflict. He also said that India has turned into a ‘wicked nation’ due to the Modi government.

Significantly, there was a terrorist attack in Pulwama Terror Attack on 14 February 2019. After this, on 26 February, India destroyed several terrorist bases in Pakistan by Balakot Airstrike.

01/01/2021
Bangkok: In Bangkok, the capital of Thailand, many places including schools and parks have been closed due to the rapid increase in cases of...

11/12/2020
Mumbai: The Uddhav Thackeray Goverment of Maharashtra has ordered its employees not to wear jeans and t-shirts to the office. The government has said...

08/06/2020
New Delhi: Delhi Chief Minister Arvind Kejriwal, who is down with a fever, sore throat, and cough since Sunday afternoon, will undergo a Covid-19...

24/08/2020
New Delhi: The Singapore government and the Monetary Authority of Singapore have sold nearly one percent of their stake in Zee Entertainment Enterprise. Now...

05/12/2020
London: A group of 36 MPs from various parties in Britain has written a letter to Foreign Minister Dominic Raab asking him to introduce...