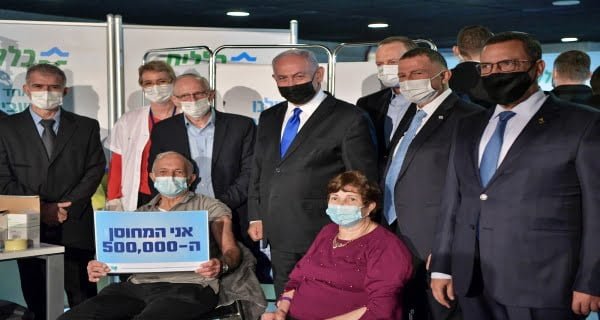 Jerusalem: After moving into vaccination to protect its people from the coronavirus epidemic, Israel has tied up with the drug manufacturer Pfizer under which they are finding vaccines difficult Shares will share medical data in exchange for continuing to supply supplements.

Proponents of the agreement say that this could make Israel the first country to vaccinate the majority of its population while providing valuable research data that would help the rest of the world. At the same time, critics believe that the agreement has led to major ethical concerns, including the violation of privacy and the danger of widening the gap between rich and poor countries.

He believes that while the agreement will allow rich countries to have a stock of vaccines, on the other hand, poor populations, including Palestinians living in Israel’s occupied West Bank and Gaza, will have to wait longer for vaccines. Prime Minister Benjamin Netanyahu reported earlier this month that he had reached an agreement with Pfizer to speed up vaccination in Israel.

He said, “Israel will be the ideal nation of the world. Israel will share statistical data with Pfizer and the entire world, which will help formulate a strategy to defeat the coronavirus. ” Israeli Health Minister Yuli Edelstein told that the government will do a data analysis to see what its impact has been on the level of disease in Israel, as well as to open up the economy, different aspects of social life and Whether vaccination had any effect or not. “

It is noteworthy that the Pfizer vaccine has been developed in collaboration with German (Germany) partner BioNTech and has been approved by the US Food and Drug Administration and the European Union for its Emergency Use. Pfizer’s vaccine is believed to be up to 95 percent effective.

25/07/2020
New Delhi: Floods in Assam (Assam) and Bihar have made the situation grim and a population of about 37 lakhs has been affected. Three...

31/07/2020
The Indian government has announced a new education policy in the country after nearly 34 years and has also promised to spend six percent...

WHO guidelines for conducting 140 tests per day per million population

15/07/2020
New Delhi: World Health Organisation-WHO in its Guidance Note on 'Public Health Criteria to Adjust Public Health and Social Measures in the Context of...