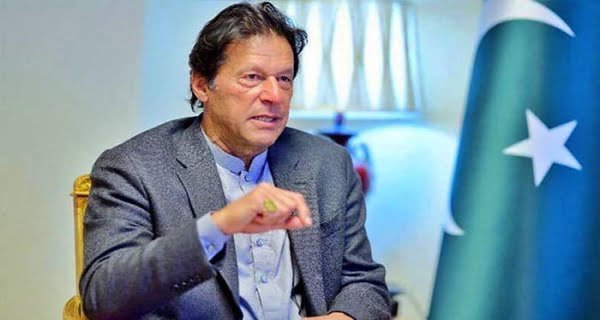 Islamabad: Pakistan Prime Minister Imran Khan has questioned the intention of the US to target the 2001 attacks in Afghanistan and then try to find a political solution with the Taliban from the weakened situation. has said that it (the US) has “really messed things up there (in Afghanistan).”

Khan also said that the only better solution to the situation in Afghanistan is a political settlement that is “inclusive” and involves “all factions, including the Taliban.” “I think America really messed things up there,” Khan said during an interview with Judy Woodruff on the American news program PBS Hour, according to the Dawn newspaper. The program aired on Tuesday night.

Under the deal with the Taliban, the US and its NATO allies have agreed to withdraw all their troops in exchange for the militants’ promise to stop extremist groups from carrying out their activities in areas under their control. US President Joe Biden announced that American troops would be withdrawn from Afghanistan by August 31.

He lamented that by the time the US realized that there could be no military solution in Afghanistan, “unfortunately Americans and NATO have lost their bargaining power.” The prime minister said the US should have opted for a political solution long ago when there were 1.5 lakh NATO troops in Afghanistan.

“But once they reduced the number of troops to just 10,000 when they gave the date of withdrawal, the Taliban thought they had won,” he said. So now it is very difficult to bring them together for an agreement.”

When the interviewer asked whether he thought the rise of the Taliban was a positive step for Afghanistan, the prime minister reiterated that the only good outcome would be a political settlement “that is inclusive”. “Of course, the Taliban will be part of the government,” he said.

Referring to the civil war in Afghanistan, Khan said, “This is the worst situation from Pakistan’s point of view because we have two scenarios, one of them is the refugee problem.” He said, “Already, Pakistan is giving shelter to more than 3 million refugees. And we fear that the protracted civil war will bring more refugees. Our economic condition is not such that we can handle more migrants.

The second problem, he said, is the fear of a civil war crossing the border and reaching Pakistan. He said the Taliban are in fact ethnically Pashtun and “if this (Afghanistan’s civil war and violence) continues, the Pashtuns on our side will be drawn into it.”

11/08/2020/10:31:am
New Delhi: Former President Pranab Mukherjee underwent brain surgery at the Army's Research and Referral (R&R) Hospital. This surgery was done to remove the...

China’s Mars mission in trouble, Rover will not work for 50 days

01/09/2021/11:08:pm
Beijing: China's Mars mission 'Tianwen-1' will be inactive for about 50 days from mid-September due to interruption in communication with Earth. The related interruption...