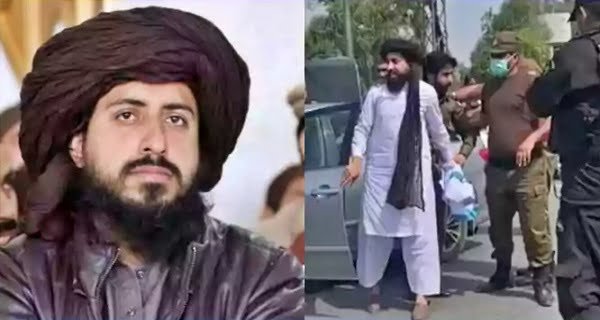 Islamabad: Pakistan on Wednesday decided to ban it under the Terrorism Act after supporters of a staunch Islamic party clashed with law enforcement officials for the third consecutive day. Seven people have died and more than 300 policemen have been injured during these clashes. Home Minister Sheikh Rashid told reporters that Tehreek-e-Labbaik Pakistan (TLP) is being banned under Rule 11-B of the Anti-Terrorism Act of 1997. He said, “I have approved the proposal sent by the Punjab government to ban TLP.”

Ahmed said that in the last two days, at least two police officers have been killed and more than 340 injured in clashes with protesters. It has been reported in the media that two protesters have also died. Party supporters gave the Imran Khan government until 20 April to expel the French ambassador for publishing a cartoon of Prophet Mohammed, but before that, the police arrested the party’s chief Saad Hussain Rizvi on 12 April, After which the TLP started a nationwide protest.

The TLP, which garnered 25 lakh votes in the 2018 general election, closed roads across the country after the arrest of Saad Rizvi. Saad Rizvi is the son of Khadim Hussain Rizvi, who died a few months ago. The minister also said that all roads have been evacuated and protesters have been removed from the main intersections of major cities.

“The Sikh pilgrims reached Hassan Abdal after four hours on Wednesday after four hours due to road closures during the TLP demonstration, which usually takes three hours to reach,” the official said. Law enforcement agencies across the country Claimed to have arrested more than 2 thousand TLP workers. Most of them were arrested from Punjab. Interestingly, the Pakistan Tehreek-e-Insaf government signed an agreement in November last year agreeing to expel the French ambassador.

TLP staged a massive protest against the cartoon in November last year. However, after the Ambassador was assured to be expelled by February, the matter was settled and the agreement was extended to 20 April. The government had promised to bring a bill in Parliament to demand action against TLP. TLP came into the limelight in 2017 when it staged a huge protest for three weeks at the Faisalabad intersection near Islamabad. After the removal of the Law Minister by the then government, the TLP lifted the lockdown from the city.

05/08/2020
New Delhi: Techo Electra has brought a new electric scooter. The company has introduced it under the name Techo Electra Saathi. It is a...

09/04/2021
New Delhi: Corona infection is increasing rapidly in the country in a terrible way. On the one hand, while some states are complaining about...