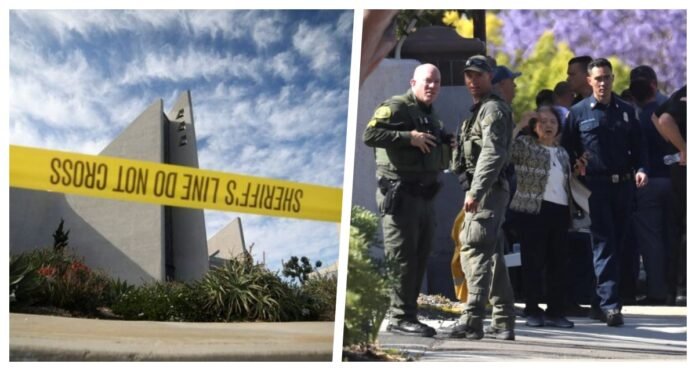 New Delhi: Incidents of firing in America are continuously coming to the fore. In fact, after the incident of Saturday’s Buffalo, now a case of firing has come to the fore on Sunday as well. This firing has been done in the Church of California. It is being told that one person has been killed and five people have been seriously injured in a shooting at a Presbyterian church in California.

It is to be known that the police have arrested the suspected attacker and have also recovered a weapon from him. Police is interrogating this person. This whole matter is around 1 o’clock in the afternoon. The police suspect that the accused has carried out this incident out of hatred.

It should be noted that on hearing the sound of firing on the spot, there was a stampede and people started running here and there to save their lives. At least 30 people were present in the church when the firing took place. Most of the people in the church are said to be of Taiwanese origin. Earlier, in Buffalo, New York, on Saturday, a madman had carried out firing in the supermarket. In which 10 people died.

North Korea: After a month, Kim Jong Un came in front of everyone,...

05/06/2021/10:18:pm
Pyongyang: North Korea's economy has collapsed due to the coronavirus pandemic and sanctions. North Korean leader Kim Jong Un appeared in public for the...

Difficulties for Indians continue in UK travel, Covishield gets recognition, CoWIN certificate not

22/09/2021/4:51:pm
New Delhi: After questions were raised by India, Britain changed the travel advisory to include Covishield in the list of accepted vaccines. However, the...

29/09/2020/12:56:am
New Delhi:  In its endeavor to create a social media platform with a difference that rewards the content creators, Dramz Global LLC an international software...