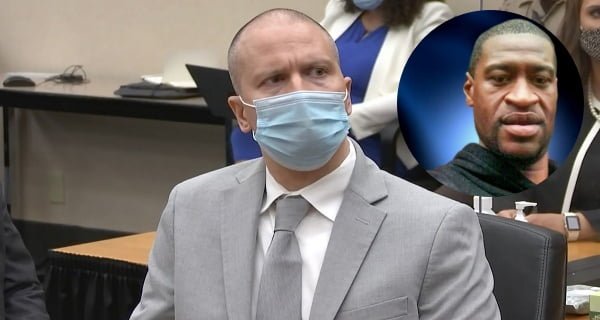 Minneapolis (USA): Former Minneapolis police officer Derek Chauvin was sentenced to 22 years and six months in jail for the murder of black George Floyd in America. has been heard. Chauvin had pressed Floyd’s neck with his knee, due to which he died of suffocation. After this incident, there was the biggest movement against racial discrimination in America. The decision came as Chauvin offered condolences to Floyd’s family after nearly a year of silence and expressed hope that he would finally “get some peace of mind”.

This is the longest prison sentence ever awarded to a police officer for the murder of a black man. However, Floyd’s family and others are still dismayed as prosecutors requested a 30-year sentence for Chauvin for the crime. On good behavior, Chauvin, 45, could be released on parole after completing two-thirds of his sentence or spending nearly 15 years in prison.

“Just a longer sentence is not enough,” said Minneapolis protest leader Nekima Levi Armstrong. Judge Peter Cahill, who rose above state guidelines, sentenced Chauvin to more than 12 years and six months and found Chauvin guilty of abuse of his authority and position and of cruelty to Floyd. Ben Crump, a lawyer for Floyd’s family, said the family expects Chauvin to face the maximum sentence during an upcoming federal civil rights hearing.

He said it was the longest sentence ever received by a police officer in Minnesota. “But real justice will only happen if black men and women in America no longer fear being killed by the police simply on the basis of color,” he said.

Saffron has medicinal properties along with fragrance and taste

25/01/2021/7:18:pm
Anjana Upadhyay According to Ayurveda, consuming saffron is very beneficial for young children to adults. The use of saffron not only brings many benefits to...

29/09/2020/8:55:pm
Colombo: The Sri Lankan government on Tuesday approved a proposal to ban cattle slaughter in the country. However, it has been decided to import...

Schools will open from tomorrow in MP, separate gates for the movement of students,...

25/07/2021/7:50:pm
Bhopal: Before the opening of the school from Monday, July 26, all over the state, preparations have been made regarding security in the classes....

BJP to Hold 25 Webinars to Push Idea of ‘One Nation, One Election’