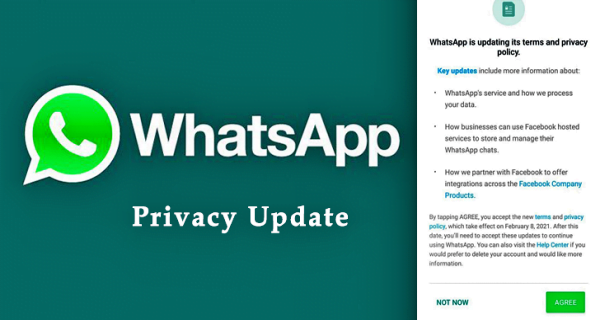 New Delhi: The CCI (Competition Commission of India) on Wednesday ordered a detailed investigation into the updated privacy policy and service conditions of Facebook-owned messaging platform WhatsApp. The Commission is of the opinion that WhatsApp through its exploitative and exclusionary conduct has violated the provisions of Section 4 of the Act. It should be thoroughly investigated. The Director-General of CCI will investigate the matter and report within 60 days.

What did CCI say?
During the hearing on the new policy of WhatsApp, CCI said that with no strong rival in India, WhatsApp does not want to give users a favorable option. He does not fear that users will fall. The CCI stated in its order that a thorough and detailed investigation is required to ascertain the full extent, scope and impact of data sharing through involuntary consent of the user. The Commission has said that WhatsApp’s policy and conditions are such as to accept it or leave it to the platform. On the other hand, a WhatsApp spokesperson said that talks with CCI will be done, the company will end the end-to-end encryption of people’s personal communication and Committed to transparency.

Know, what is the whole matter?
WhatsApp started threatening users under the privacy policy that the account of those who do not accept it will be closed on February 8. After the protest, WhatsApp increased the deadline to 15 May. In the privacy policy, WhatsApp has said that under which circumstances it will use the information of users on Facebook and the rest of its platform.

Implementation of the new policy will be stopped!
Earlier, on Friday, the Central Government filed a reply in the Delhi High Court on a petition filed against WhatsApp’s new privacy policy. The Ministry of Information and Technology told a bench of Chief Justice DN Patel and Justice Jasmeet Singh that WhatsApp should be stopped from implementing this new policy. After the Center’s reply, the High Court has fixed the next hearing in the case for April 20.

WHO warns: Corona deadly wave in West Asia, sanctions need to be tightened

20/11/2020/10:26:am
Dubai: The Regional Director of the World Health Organization (WHO) has said that with the onset of winter, cases of Corona Virus infection are...

TIARA Research Report: Who is the most trusted celebrity among Amitabh Bachchan and Akshay...

27/10/2020/9:49:pm
New Delhi: Bollywood superstar Amitabh Bachchan has made all kinds of films in his career, such as action, romantic and suspense thrillers. His films...

Loss of smell, taste included as new symptoms of Covid19

14/06/2020/12:58:am
New Delhi: The Ministry of Health and Family Welfare has issued the clinical management protocol for Covid-19. Loss Of smell and loss of taste...