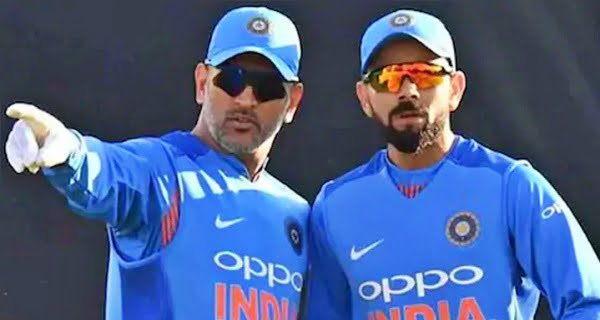 New Delhi: MS Dhoni has been made the mentor of Team India for the T20 World Cup. At the same time, Virat Kohli will leave the captaincy of the T20 team after the World Cup. There were many reasons for Kohli to leave the captaincy. But the biggest reason is not being able to get the ICC trophy for the team. Meanwhile, Kohli has not been able to score a century in international cricket for more than 2 years. For this reason, he said to leave the captaincy citing the workload.

The captaincy style of MS Dhoni and Virat Kohli was completely different. Dhoni used to rely more on the youth. Not only this, he was known for giving long chances to the players. On the other hand, under the captaincy of Kohli, no player’s place in the team was confirmed. Dhoni won the 2007 T20 World Cup title with the help of young players. Seniors like Sachin Tendulkar, Yuvraj Singh, Zaheer Khan, VVS Laxman, Rahul Dravid, Virender Sehwag, and Harbhajan Singh played under Dhoni’s captaincy. Even after this, he gave opportunities to youngsters like Virat Kohli and Rohit Sharma.

Not good relations with coach
Virat Kohli got the command of Team India’s Test team on the tour of Australia in 2014-15. Later he also became the captain of the ODI and T20 teams. The team created many records under his captaincy. The team achieved success thanks to the fast bowlers Jasprit Bumrah, Mohammed Shami, Ishant Sharma, Umesh Yadav. But his coach was not even made by Anil Kumble. Due to this, Ravi Shastri was again added to the team.

Couldn’t pick the right player in the World Cup
Everyone remembers the team selection controversy in the 2019 ODI World Cup. Many players were tried for number-4. But Vijay Shankar was selected in place of Ambati Rayudu for the World Cup. After the defeat in the World Cup, even the batting coach Sanjay Bangar had to withdraw. But no question was raised on Kohli then. Apart from the ICC trophy, Kohli has not been able to win the IPL title so far due to making more changes. MS Dhoni, on the other hand, has won three ICC trophies and three IPL titles.

Corona spread in all 31 states for first time in 2 years in China,...

Biden spoke to Afghan President Ashraf Ghani on the phone – America will continue...

25/07/2021/7:58:pm
Washington: US President Joe Biden spoke to his Afghan counterpart Ashraf Ghani on the phone and assured him that America will continue to help...

Cake piece of Prince Charles and Diana’s wedding sold for £1,850 after 40 years

Myanmar army gunned down 30 people, then burnt the bodies, children were also among...

26/12/2021/10:54:am
Prusso Town: Amidst the ongoing violence after the military coup in Myanmar, it has now been reported that the Myanmar government gunned down more...

When little Sara Ali Khan adored Amitabh on the sets of...

13th is ‘Lucky’ for Rohit Sharma, created history by scoring a...