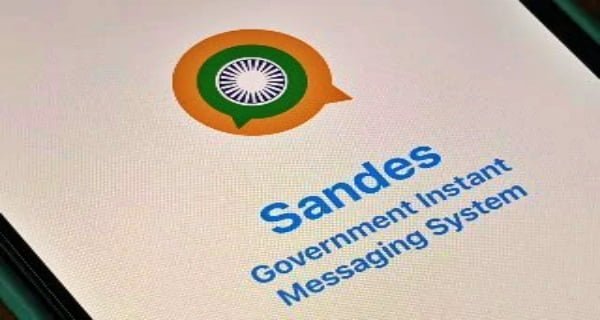 New Delhi: In view of the ongoing controversy over data privacy and the stubborn attitude of social messaging app WhatsApp, the Indian government has decided to teach the company a lesson. The government is about to launch indigenous messaging app ‘Sandesh’ and ‘Samvad’. According to the Union Ministry of Information and Technology, testing of the beta version of both the apps has started.

A ministry official said, “Like India, the country is testing two indigenous messaging apps on beta. They are called Samvad and Sandes, which literally means ‘conversation’ and ‘message’. ” He said, “It is completely indigenous and is being made by the Government of India. It’s an instant messaging app, just like WhatsApp. “

According to a media report, the app created by the government will work exactly like WhatsApp. Along with this, the government is also working on GIMS-Government Instant Messaging App. Which will be used by the employees of the Government of India to talk to each other. ”

Just start work
According to the report, it has not been decided yet whether the government will launch both the apps or one of the two. However, testing is currently underway on both beta versions, which is the initial version of any app.

05/09/2020
Lahore: Pakistan Muslim League-Nawaz Vice President Maryam Nawaz and 300 workers of his party filed a case on Friday in Terrorism charges for alleged...

29/07/2020
Lucknow: Just before the Bhoomi Pujan program for the Ram temple in Ayodhya, the Sunni Central Waqf Board has also formed a trust for...

SBI: These services will be discontinued on September 30 on debit-credit card

27/09/2020
New Delhi: The country's largest lender State Bank of India (SBI) has sent a special message to its customers. In this, customers have been...