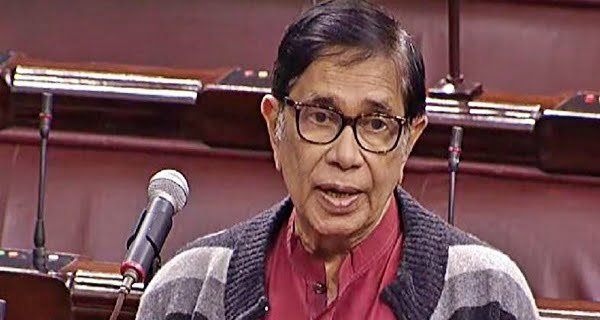 New Delhi: Former Union Minister and senior Congress leader Oscar Fernandes have passed away. He breathed his last at the hospital in Mangaluru, Karnataka. He had been ill for a long time.

Let us tell you that Oscar Fernandes has always been counted among the close friends of Congress President Sonia Gandhi and Rahul Gandhi. Oscar Fernandes has also handled the responsibility of the Road Transport Minister in the UPA government. According to the report, Oscar Fernandes was ill for a long time. Those who were admitted to the hospital in Mangaluru a few days ago.

At the same time, PM Narendra Modi has also expressed grief over the death of Oscar Fernandes. He tweeted and wrote that I am saddened by the demise of Rajya Sabha MP Oscar Fernandes Ji. My condolences and prayers are with his family and well-wishers in this time of sorrow. may his soul rest in peace.

It is noteworthy that Oscar Fernandes was born on 27 March 1941 in Udupi, Karnataka. In the year 1980, he reached Parliament by winning for the first time from Udappi Lok Sabha seat. After this, he continued to win from here till 1996. He was sent to the Rajya Sabha by Congress in the year 1998, since then he was a member of it.

05/07/2020/11:55:pm
New Delhi: Emphasizing that the upcoming annual Amarnath Yatra should be conducted in a limited manner in view of the Covid-19 pandemic, the Jammu...

19/02/2021/1:21:pm
New Delhi: Yoga guru Baba Ramdev has launched a new drug to deal with the infection of Coronavirus. On Friday, Ramdev made this announcement...

It’s responsibility of the government to make a convenient tax system so that people...

10/09/2021/9:50:am
New Delhi: The Supreme Court on Thursday said that there is no scope for any assumption or guess in the taxation system. The top...