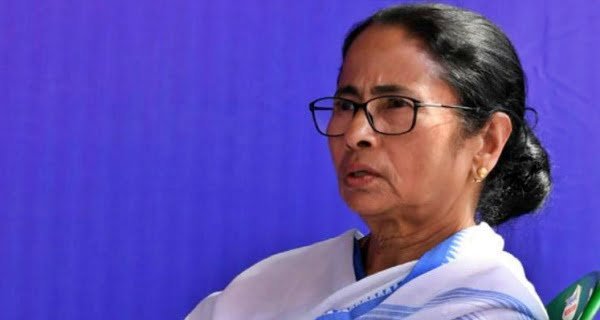 Kolkata: Where on the one hand there is still a controversy regarding the picture of Prime Minister Modi on the certificate to be received or issued after the Corona Vaccination. In this sequence, now the Mamata Banerjee government of West Bengal has taken a big decision. Under this, now in the third phase of vaccination to be done by the state, only 18-44 years old people will be given certificates with the picture of CM Mamta Banerjee after vaccination.

It is worth noting that this step has been taken by the Mamta government at such an important time when a few months ago TMC had fiercely criticized the BJP and Prime Minister Modi over the photo of PM Modi printed on the vaccination certificate. Not only this, during the Bengal assembly elections held in 2021, TMC had also made a complaint to the Election Commission on this issue. Under which TMC had called the picture of PM Modi on the certificate received after vaccination as a gross violation of the code of conduct.

It is worth noting that Mamta Banerjee has often demanded that everyone should get the vaccine free of cost many times in the past. Along with this, she had also strongly criticized PM Modi’s picture on the certificate. However, now these TMC feel that it is not wrong to have CM Mamta’s picture on the certificate. On this issue, Saugata Roy of TMC says that BJP itself has also done this earlier. Then if they can do it, the same can be done from our side. If they didn’t do it, we wouldn’t do it at all.

Here the BJP has also been badly infuriated over this decision of the Mamta-ruled TMC government. Speaking on this issue, senior BJP leader and state spokesperson Samik Bhattacharya said, “TMC is no longer accepting the dignity of the post of Prime Minister. At the same time, CM Mamta and TMC are now behaving like a separate dependent country. TMC is not ready to accept at all that where they are at present. That too is the state of India and Narendra Modi is the Prime Minister of the country.

Rapists in Pakistan will be made chemically sterile, given the sanction of the law

28/11/2020/9:45:am
Islamabad: Pakistan's cabinet on Friday approved two anti-rape ordinances, which provide for chemical castration of rapists and trial of rape cases with the consent...

08/04/2021/9:44:pm
New Delhi: Prime Minister Narendra Modi held a meeting with the Chief Ministers of all the states today, amid the uncontrolled speed of Coronavirus...

18/04/2021/11:58:am
Mumbai: The situation in the country is getting worse due to the second wave of Coronavirus. The epidemic is showing the highest impact in...

16/09/2020/7:53:pm
Tel Aviv: The news of rocket attacks between Israel and Palestine has once again come. According to Israel Defense Forces, 15 rockets were fired...

Masaba Gupta’s excruciating pain, ‘Tunes heard at school because of the incomplete relationship between...