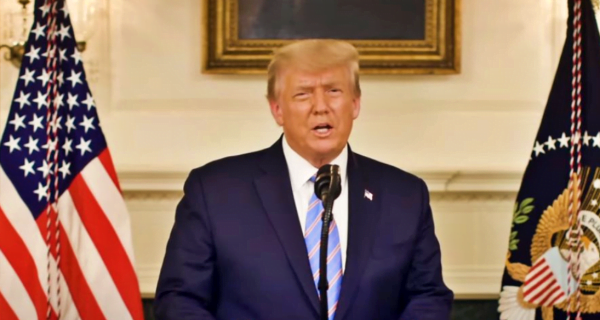 Washington: US President Donald Trump has condemned the violence on Wednesday in the campus of the American Parliamentary Building.

Trump said in a new video message, “Now that the Congress has verified the results,” the new administration will take over power on January 20 “and now their focus is on” ensuring an orderly and smooth transfer of power. In this video, Trump denounced the violence and called it a “disgusting attack” and said it had hurt him a lot.

Trump, however, did not say anything about his role in inciting violence. He told his supporters that he knows that “they are disappointed” but wants them to know that “our unprecedented journey has just begun”.

21/08/2020
New Delhi: Scientists and drug manufacturers around the world are making rapid efforts to find a safe vaccine against COVID-19. Union Health and Family...

19/10/2020
New Delhi: Home loan company Divan Housing Finance Limited (DHFL) has been in trouble for a long time. The promoter of the company, Kapil...

17/09/2020
Washington: US President Donald Trump is once again accused of sexual harassment. Former model Amy Dorris has accused Trump of coercing him into the...

02/10/2020
New Delhi: "Vaishnav Jan To", the favorite hymn of the Father of the Nation, Mahatama Gandhi, was released in the Kashmiri language on Bapu's...