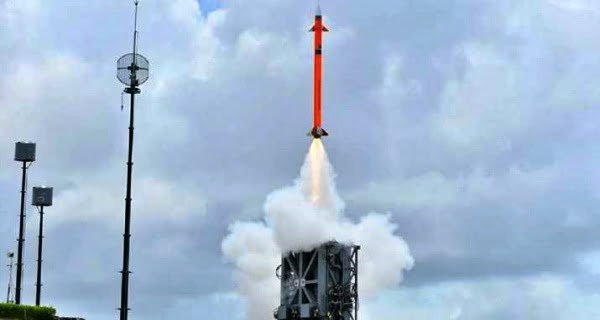 Defense experts say that it can hit enemy aircraft from a distance of 50-70 km. IAI and the Defense Research and Development Organization (DRDO) have developed it jointly by partnering with Israel and other defense companies in India. MRSAM will be used by the three branches of the Indian Army and the Israel Defense Forces (IDF). The system has advanced radar, command and controller, mobile launcher and interceptor with state-of-the-art RF investigator.

IAI President and CEO Boj Levy said, “The MRSAM air and missile defense system is a state-of-the-art, pioneering system that has once again proven its advanced capabilities against various threats. The ‘trial’ of the air defense system was also a complex operation and the challenges due to the Covid-19 increased further. ” The IAI said Israeli experts and Indian scientists and officials participated in the test and witnessed it.

20/10/2020
Washington: The US Department of Justice is likely to file a lawsuit against Google on Tuesday, alleging that the veteran IT company (IT) has...

07/11/2020
Panaji: The Goa government has withdrawn the permission given to the organizers of the 'Sunburn Electronic Dance Music' (EDM) festival to organize the event...

Twitter has changed the way you retweet, find out what’s changed

24/10/2020
The social media platform Twitter continues to introduce new features for the user. Now in this link, Twitter has changed the way to retweet...