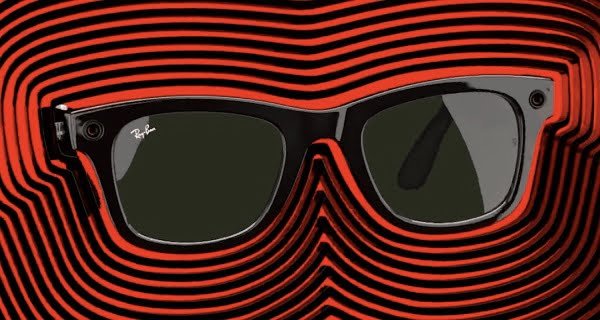 New Delhi: Tech giant Facebook, in partnership with eyewear company Ray-Ban, on Thursday launched its first smart glasses that come with True Augmented Reality offers. The glasses, developed in partnership with Ray-Ban maker EssilorLuxottica, will allow users to listen to music, make phone calls, take 30-second videos and photos, and submit them to Facebook’s services through the new Facebook View app. The smart glasses named ‘Ray-Ban Stories’ will start from around INR 22,000 and will be available in 20 different style combinations.

How does this work
The glasses frame houses two front 5MP cameras that will capture photos and videos. For hands-free experience users just need to say “Hey Facebook, take a video”. A button has also been given on the glasses for recording.

The glasses come with a specially designed portable charging case to charge the batteries and keep them safe on the go. Full charge cases give users an additional three days of battery life. A set of micro-speakers, a three-microphone audio array, an optimized Snapdragon CPU, and a capacitive touchpad power the smart glasses.

The three microphones in “Ray-Ban Stories” make it perfect for audio array calls and video calls. “Its beamforming technology and a background noise suppression algorithm provide a superior calling experience,” the company said in a blog post.

privacy
Keeping privacy in mind, the glasses come with hard-wired LED lights that blink to notify people around you while you are taking a video or photo. By default, Ray-Ban Stories stores information like your battery level, Facebook login email ID and password, WiFi connectivity, and more.

Let’s talk style
The new smart glasses from Facebook and Ray-Ban will be available in 20 different variants like Wayfarer, Round, Meteor, and others. It comes in five colors and a variety of lens options, including Clear, Sun, Transition, and more.

World’s tallest pillar of rail bridge being built at this place in India, know...

28/11/2021/10:11:am
Imphal: Indian Railways keeps on achieving many achievements in the course of laying the railway line. Whether it is to build an underpass in...

14/10/2021/9:44:am
New Delhi: There is always some controversy surrounding cryptocurrencies. From its mining to its use, questions always arise. Now the International Monetary Fund (IMF)...

11/02/2021/10:30:am
Washington: America's President Joe Biden reported that the Pentagon has formed a Task Force to deal with the challenge presented by China in the...