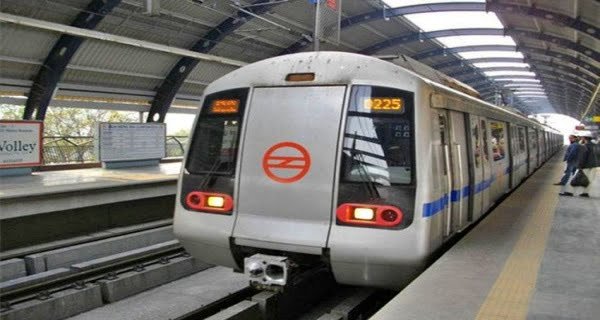 New Delhi: Delhi Metro services were resumed on Monday after a gap of nearly three weeks after the COVID-19 situation improved in the national capital. Officials said that only 50 percent of the passengers will be able to sit in the metro and traveling standing will not be allowed.

The services of Delhi Metro Rail Corporation (DMRC) were completely suspended on 20 May due to the lockdown imposed due to Covid-19. In view of the outbreak of Corona virus, the lockdown was imposed in Delhi on 19 April and after that the Delhi government extended its duration. Initially, the Metro service continued partially, in which only essential services personnel were allowed to travel. But in view of the increasing cases of infection in the second wave of corona virus, it was closed on 10 May.

On Monday, the operation of the metro train started from its scheduled time at 6 am. A DMRC official had said on Sunday, “Only half the trains will be operated on different lines of the metro and the metro will get mixed at an interval of every five to 15 minutes.” Announcing further relaxation in the lockdown, Delhi Chief Minister Arvind Kejriwal on Saturday said that from June 7, the Delhi Metro will run with 50 percent capacity and markets and malls will open on an odd-even basis.

After Kejriwal announced the relaxation of the lockdown rules, DMRC said in a statement, “In order to ensure social distancing and 50 percent passenger travel within trains, people should take extra time for their daily commute and travel between stations.” Even while waiting for your turn to enter outside, it is advised to behave in a covid manner.”

23/10/2020/10:46:am
Tokyo: Oil prices held on to gains from the previous session on Friday, after Russian President Vladimir Putin indicated he would be prepared to...

The main accused in the Augusta deal took the names of Kamal Nath’s sons,...

17/11/2020/10:24:am
New Delhi: Rajiv Saxena, the main accused in the Agusta Westland Deal and a chartered accountant by profession, has named Ratul Puri, nephew of...