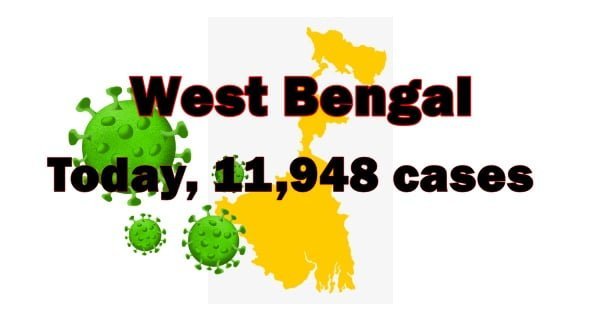 Kolkata: The speed of the second wave of Coronavirus in the electoral state of West Bengal is very worrying. According to the data of the Government of West Bengal, Corona’s positivity rate in the state is 22.5 percent, which is like the most affected states of the country. Meanwhile, the state’s Chief Minister Mamata Banerjee has also made an election promise for the corona vaccine. She has said that free immunization will be provided to all people above the age of 18 years after 5 May. Mamta Banerjee has also canceled her proposed rallies in the state.

Earlier, Trinamool Congress has demanded to hold the remaining phase elections together in West Bengal. But the Election Commission refused it on Wednesday. The commission told the Trinamool Congress that its suggestion to merge the remaining phases of the West Bengal assembly elections together is not applicable. In a letter to the Trinamool Congress, the commission mentioned the electoral law and the various steps taken to protect voters in the context of the corona virus epidemic and ruled out changes in the election schedule in the state.

PM Modi canceled rallies
Meanwhile, on Thursday, news came that Prime Minister Narendra Modi would address the people of West Bengal through video conferencing at 5 pm tomorrow. Earlier it was said that PM Modi has canceled all the rallies proposed in the state yesterday. The PM had informed by tweeting that he will hold a high-level review meeting related to Corona, due to which the rallies have been canceled.
11,948 cases were reported

Today, 11,948 cases of corona have been reported in West Bengal. The total number of infected cases has now crossed the 7 lakh mark. In 24 hours, 56 people have lost their lives due to the epidemic.

10/09/2020
Beijing: China has approved the testing of its first Nasal Spray Vaccine to fight the Novel Corona Virus. The first phase trial of China's...

28/04/2021
New Delhi: The country is going through a very difficult phase amidst the second wave of Coronavirus. The number of those who lost their...

09/07/2020
New Delhi: The Department of Disability Empowerment, which comes under the Ministry of Social Justice and Empowerment, Government of India, has decided not to...

29/07/2020
Lucknow: Just before the Bhoomi Pujan program for the Ram temple in Ayodhya, the Sunni Central Waqf Board has also formed a trust for...