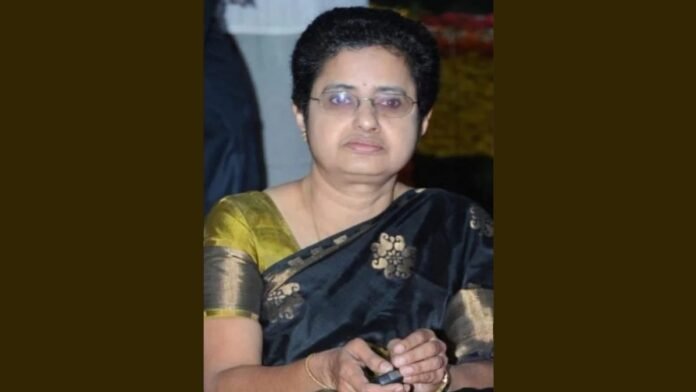 Hyderabad: Kanthamaneni Uma Maheshwari, daughter of former Andhra Pradesh Chief Minister NT Rama Rao, committed suicide on Monday. He was found hanging at his residence in Jubilee Hills, Hyderabad. Uma Maheshwari was the youngest among the 12 children of NTR. On getting information about the incident, the police reached the spot and sent the body to the local government hospital for post-mortem and PME. A case under section 174 of CrPC has been registered and an investigation is on.

ANTR had eight sons and four daughters. Maheshwari was the youngest of four daughters. Recently, the family members met at the wedding of the daughter of the deceased. NTR’s three sons have already passed away.

NT Rama Rao was popularly known as NTR. The actor-turned-politician had formed the TDP in 1982 and within nine months led the party in then-undivided Andhra Pradesh. NT Rama Rao breathed his last in 1996 at the age of 72. A few months before his death, NTR was thrown out of power following a rebellion led by his son-in-law Chandrababu Naidu.

Despite Covid, China’s economy grew at the rate of 8.1 percent in 2021

America likely to fall into recession by 2022: Nomura

Earthquake of 3.5 magnitude in Satara, no loss of life

20/07/2020/8:54:am
Satara(Maharashtra): Earthquake tremors have been felt in the Satara district of Maharashtra. People are frightened by this incident. The intensity of this earthquake has...