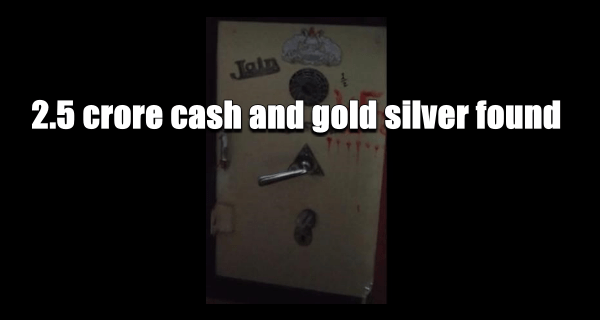 Bhopal: On Saturday, the eyes of the CBI officers were shattered when more than two and a half million cash and gold-silver were found in the vault in the house of the FCI clerk during a raid in Bhopal.
The CBI raided the residence of Kishore Meena, clerk of Food Corporation of India, in Bhopal this morning.

The amount kept from the vault during the raid is said to be around 26 million 66 million. Apart from this, 670 grams of silver and 387 grams of gold have also been found.

A day earlier on Friday, the CBI arrested Kishore red-handed taking a bribe of Rs 1 lakh. The CBI has also got a diary and other documents from Babu. The investigation is underway.

10/01/2021/10:32:am
New Delhi: Aryan Jain, a high school student of Gurugram is also among the winners of an app development competition organized by NASA. According...

Osama’s niece claimed, only Trump can save us from terrorist attacks like 9/11

06/09/2020/11:05:am
Washington: The own niece of the notorious terrorist Osama Bin Laden has issued a shocking statement. Noam bin Ladin, daughter of Osama's elder brother...