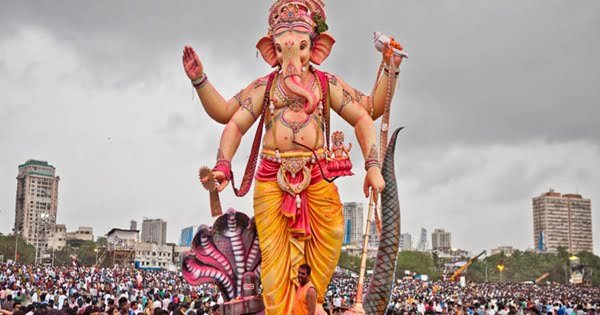 Mumbai: It is a special practice to install high-rise statues of Ganpati in Mumbai. Thackeray said that in Mumbai and Pune people come in large numbers to see big and tall Ganesha idols and in such a situation, this crowd should be avoided. He said that a large number of volunteers are also needed for high statues. The Chief Minister said that the Dahi-Handi (Janmashtami) festival to be held in August has also been canceled and Shiv Sena MLA Pratap Sarnayak, who organized it on a large scale, has donated Rs 1 crore to the Corona Relief Fund.

Maharashtra Chief Minister Uddhav Thackeray said on Friday that Ganesh mandals should not install Ganesha statues higher than four feet in the pandals at the upcoming Ganesh festival. Thackeray had earlier appealed to Ganesh Mandals to organize events related to the Ganesh Festival to organize the festival in a simple manner in view of the coronavirus epidemic this year. Ganesh Mahotsav is to begin in the state from 22 August.

After bail in Dominica, Mehul Choksi is now enjoying in Antigua-Barbuda

15/07/2021/9:34:am
New Delhi: Fugitive diamond trader Mehul Choksi has reached Antigua and Barbuda after getting bail in Dominica. He was detained there for 51 days...

18/01/2023/3:54:pm
Mumbai, Maharashtra, India:  In a move that is likely to bring relief to a huge number of breast cancer patients, Alkem Oncology recently announced the...