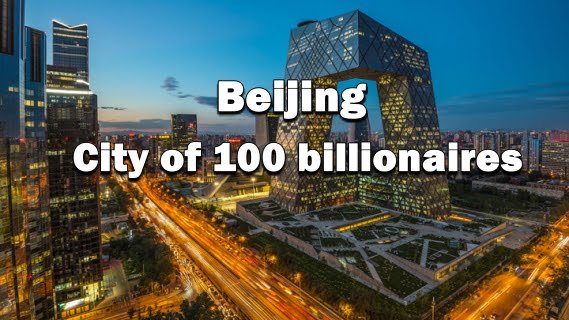 Beijing: After the release of Forbes world billionaires list 2021, many surprising facts are coming out. So many things that have come to light are quite shocking.

Increase in the number of billionaires
Despite the epidemic and economic downturn in the world, the wealth of the world’s rich people has increased further. Globally 660 people have become the new billionaires. After this, there are 2,755 billionaires in total in the world. Those with total assets totaled $ 13.1 trillion. A recent report had highlighted how the gap between billionaires to the common people has widened. If you take the example of America, then during the epidemic in America, the wealth of American billionaires has increased up to 44%. At the same time, 80 million Americans lost their jobs and about 8 million fell below the poverty line.

Twitter apologizes for showing Ladakh as part of China, mistakes will be rectified...

18/11/2020
New Delhi: The social networking site Twitter has apologized in writing for showing the Union Territory of Ladakh as part of China. This was...

If down by intoxication of cannabis(Bhang) on Holi, these home remedies can bring...

28/03/2021
On the occasion of Holi, everyone wants to bounce, dance and sing. In such a situation, many people mix cannabis(Bhang) in the cold to...

Funding terrorists in the name of donations to political parties? The Supreme Court gave...

25/03/2021
New Delhi: The Supreme Court has asked the central government many important questions about electoral bonds. At the same time, while expressing concern, it...

20/12/2020
London: A group of Indian banks led by the State Bank of India has again approached the London High Court against the fugitive liquor...