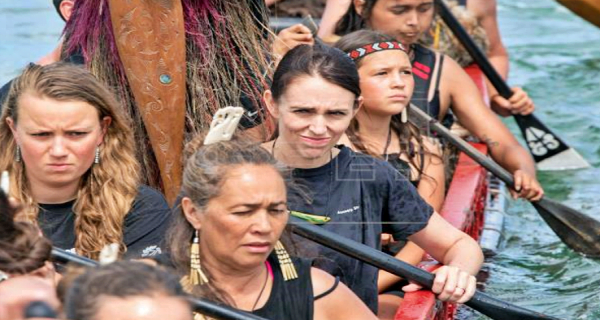 Wellington: The Maori Party, the political party of New Zealand, has launched a campaign to change the name of the country, which is being discussed a lot. The Māori Party wants the country’s official name to be changed to Aotearoa. Controversy has also broken out over this.

In fact, last week the Maori party started an online petition, in which two demands have been made. First- The name of New Zealand should be changed to Aotearoa. Second- The names of all the cities, towns, and places of the country should be returned to the same, which used to be in the Maori period before the arrival of the British.

In the online petition, the country’s parliament has been demanded that along with changing the name of the country, a process should be started, under which by 2026, all the places in the country should be given the same names, which used to be in Te Río Māori language.

Getting support for demand
This demand of the Maori party is getting a lot of support from the people. Within two days of the start of the petition, more than 50 thousand people had signed it. A party leader, Raviri Waititi, told reporters that hardly any petition has received support in New Zealand at such a rapid rate.

“Last year’s election told us that 80 percent of the country’s people take pride in making Te Río Māori a part of their identity,” Waititi said. The support received for our petition confirms that. We are thankful for this and will try to make our voice heard.

Why so many deaths in India due to Corona? research revealed

07/07/2020/12:16:am
Saharanpur: The investigation report of some of his family members has also turned positive after Dr. Dharam Singh Saini (Dharm Singh Saini), a resident...

Meerut: More than one quintal of home-made bombs were being dried on the roof...