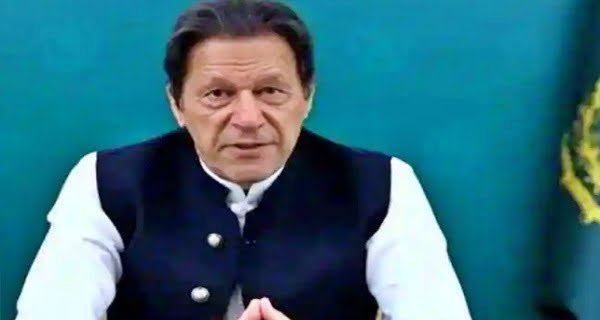 Islamabad: Pakistan wants to keep peace with India and its immediate neighbors for the next 100 years. Without a final solution to the Kashmir issue, Pakistan wants to restore trade and trade relations with India as before. All these aspects are included in Pakistan’s first national security policy. Prime Minister Imran Khan will unveil this policy on Friday. This information has been given by the News Paper Express Tribune of Pakistan.

The newspaper quoted an official as saying that the central theme of Pakistan’s first national security policy is set to be peace with India and its immediate neighbors. The 100-page policy document also contains detailed plans to open trade and trade ties with India without a final solution to the Kashmir issue. However, only a part of the national security policy will be made public. In the rest of the world, such policies are often kept confidential. The official stressed that the normalization of commercial ties is dependent on achieving progress in talks between the two nuclear-armed neighbors.

He said that we are not demanding enmity with India for the next 100 years. The new policy seeks immediate peace with neighbors. The official said that economic security will be the central theme of the new national security policy, but geoeconomics does not mean that we continue to ignore our strategic and political interests.

The official said the Kashmir issue with India has been recognized as an “important national policy” for Pakistan. However, the official clarified that there is no chance of a rapprochement with India under the current Modi-led government in New Delhi. The official said that this new policy will cover both internal and foreign policies.

13/04/2021/2:09:pm
Islamabad: Russia's Foreign Minister Sergei Lavrov arrived in Pakistan for the first time in the last few days after a long nine-year hiatus, where...