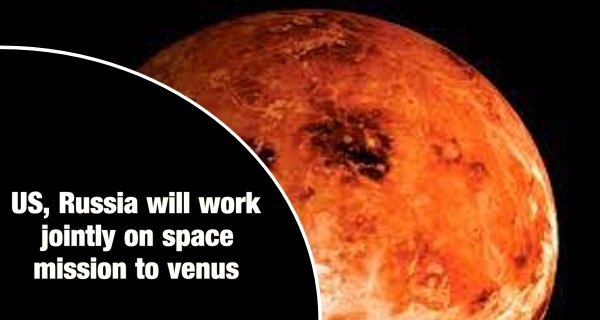 Moscow: Russia and the US have agreed on a joint Venus exploration mission, Roscosmos space agency chief Dmitry Rogozin says.

“We agreed with the Americans on a joint mission to Venus,” Rogozin said on the Soloviev Live YouTube show on Saturday.

Russia plans to send the Venera-D probe to Venus in November 2029. The mission was initially planned as a Russia-US venture. Last year, however, Roscosmos said that the Venera-D mission was going to be an independent national project and was not expected to attract significant international cooperation.

Russia is also aiming to send a Venus exploration mission in June 2031, and another one in June 2034, in order to study the planet’s atmosphere and, possibly, collect some soil samples.

In June, a NASA spokesperson told Sputnik that the US space agency was ready to discuss further plans for Venus exploration with Russia.

According to NASA, the US is planning two missions to Venus with launches expected in the 2028-2030 timeframe. Deep Atmosphere Venus Investigation of Noble gases, Chemistry, and Imaging (DAVINCI+) consists of a probe that will descend into the Venus’ shrouded atmosphere. A second mission dubbed Venus Emissivity, Radio Science, InSAR, Topography, and Spectroscopy (VERITAS) will orbit the planet with a synthetic aperture radar able to penetrate clouds that hide the planet’s surface from astronomers on Earth.

‘The Kapil Sharma Show’ is coming back on TV soon, Krushna Abhishek gave a...

09/06/2020/10:35:pm
New Delhi: Prime Minister Narendra Modi today had a telephonic conversation with the President of Philippines Rodrigo Duterte. During the talk, the steps being taken...

Draft of new drone rules in India, ministry has sought suggestions by August 5