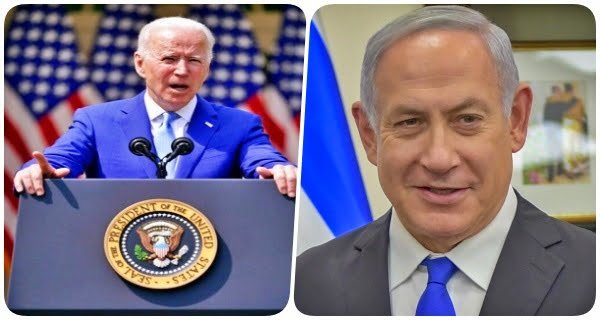 Washington: The statement of US President Joe Biden has come out regarding the ongoing conflict between the Israeli army and Hamas. Biden said about this struggle that Israel has every right to protect itself. US President Joe Biden also spoke to Israeli Prime Minister Benjamin Netanyahu on the phone on Wednesday night. After 2014, the conflict between the Gaza Strip and Israel has erupted. Joe Biden said while speaking to the media at the White House, ‘I hope this struggle will end soon.’ With this, he said, ‘Israel has the right to protect itself when thousands of rockets are flying in your range.’

To end the conflict in Israel and Hamas, the US has sent its diplomats to Egypt and Qatar to end the deadlock. Hamas has been under attack from rockets for the past several days, while Israel has also given a befitting reply to Air Strikes. So far, around 60 people have died in attacks carried out by both sides. More than 60 Palestinians have been killed so far in the violence that began on Monday evening, while 6 Israelis have also died. On Wednesday evening, attacks were carried out by rockets in Tel Aviv on behalf of Hamas. Tel Aviv is considered economically important for Israel.

What did the Israeli PM Netanyahu say?
Meanwhile, Israel’s Prime Minister Benjamin Netanyahu said that Hamas would have to pay a heavy price for this aggression. Israel responded to Hamas and attacked several buildings in the Gaza Strip. In the video, these buildings are seen falling apart. US National Security Advisor Jake Sullivan on Wednesday held talks with Qatar’s Foreign Minister Mohammed bin Abdulrahman al-Thani. Apart from this, US Secretary of State Antony Blinken has spoken to the President of Palestine Mahmoud Abbas. Earlier, he had talked to Netanyahu and said that now peace needs to be restored in the area.

Israel warns
Israel’s Prime Minister Benjamin Netanyahu has warned Hamas that this is just the beginning. He said, “This is just the beginning”. He said that some more Hamas senior commanders could also be targeted in the coming days. The world looks divided over the war between Israel and Hamas. On one hand, many Islamic countries including Iran have condemned Israel and on the other hand the US has supported it.

Taiwan’s strong message to China, it is an independent country and not a part...

30/11/2020/10:33:pm
Lahore: Lahore, the cultural capital of Pakistan, once again topped the list of most polluted cities in the world. "Lahore topped the world's most...

11/03/2021/9:06:pm
Beijing: China has now complained about a BBC report, a few days after Britain's Ambassador to China Caroline Wilson was summoned to express her...