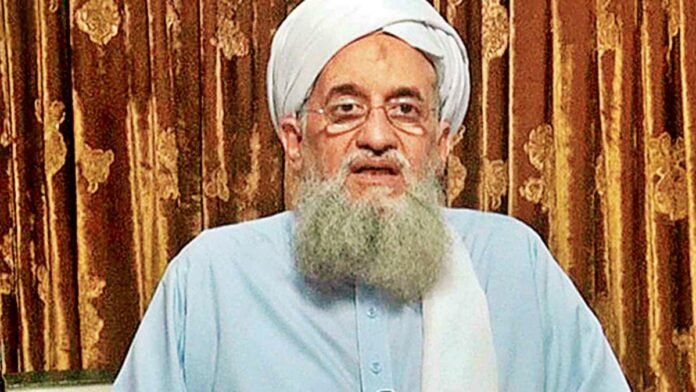 Islamabad: The death of Ayman al-Zawahiri in the US drone strike is raising questions about the possible role of Pakistan. In fact, there were some reports indicating that Pakistan’s airspace may have been used for a precise attack on the al-Qaeda chief in the safe haven of Kabul. This was the first major US success in the country since the withdrawal of US troops from Afghanistan in August last year. The US killed Zawahiri in a drone strike in the Afghan capital this weekend. Zawahiri, along with Osama bin Laden, plotted the September 11, 2001 attacks in America.

After this attack in Kabul, it is being speculated whether the CIA used Pakistani airspace to attack Zawahiri. Shireen Mazari, a senior leader of the Pakistan Tehreek-e-Insaf (PTI) party, said in a tweet, “US drones flown into Afghanistan from the direction of the Gulf region – assuming that Pakistan has not yet allowed the use of its bases (provided This government may not have done this secretly) – but flew over the airspace of which country. If Iran did not give its airspace rights to the US military, was Pakistan’s airspace used?

Biden’s administration did not confirm and gave a brief statement
The Biden administration, however, is still not disclosing where the drone took off and the route it took. The US Defense Department issued only a brief statement, which said: ‘Zawahiri was killed in an operation in the city of Kabul, where he was staying as a guest of the Taliban. The house was attacked by two Hellfire missiles in a precise, counter-terrorism operation at 6.18 am local time on Sunday.

Much discussion about the possible role of Pakistan
Michael Kugelman, an expert on South Asian affairs at the Wilson Center in Washington, said there was a lot of discussion about “Pakistan’s possible role” in the US on drone strikes. He tweeted, “There is a lot of discussion about the possible role of Pakistan in the attack on Zawahiri. I will not exaggerate it, but I do not completely agree with the claim of Pakistani officials that they have no role in this. He said, “Geography does not lie. Had this drone been sent from a US base in the Gulf, it would not have been able to fly over Iran. It’s hard to fly over Central Asia if you’re operating fast. Therefore, Pakistani airspace remains as the most desirable option.”

India will provide CoWin platform to all countries in the form of ‘digital welfare’:...

Vaccination To Be Deferred By 3 Months Post-Covid Recovery

19/05/2021/8:31:pm
New Delhi: The Union Health Ministry on Wednesday said vaccination can now be deferred by three months after clinical recovery from the illness. Accepting...

So far 86 cases of Delta Plus variant reported in-country, Maharashtra has highest number...

10/08/2021/9:18:pm
New Delhi: Once again the cases of coronavirus infection are declining in India. But the Delta Plus variant of Corona is increasing the concern...

NelsonHall Recognizes Cigniti as a Leader in AI Testing

Zelensky sleeps only 2 hours in middle of war, comes out...