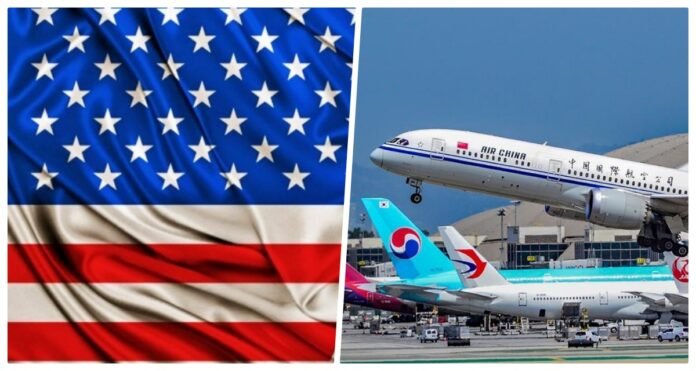 Washington: In response to pressure from China to cancel the flights of US airlines, the US has disrupted 44 flights of Chinese airlines. Four Chinese airlines will be affected by Friday’s order from the US Department of Transportation. Due to this, the ongoing dispute between the two countries regarding the restrictions related to Covid-19 has increased.

China banned the entry of flights of these airlines into the country after some passengers of Delta Airlines, United Airlines, and American Airlines tested positive for the virus. The US has said that China’s actions violated a treaty on every country’s access to airlines of another country. The Department of Transportation said China’s decision to block 44 flights of American airlines “is against the public interest and requires the department to retaliate in equal proportion.”

Under the US order, 44 flights of Air China, China Eastern Airlines, China Southern Airlines, and Xiamen Airlines will be canceled between January 30 and March 29.

Australia gave a big blow to China, canceled the contract on the basis of...

Government launched an app for customers, now products will be tested for veracity

27/07/2020/11:23:pm
New Delhi: The Government has made another big announcement after implementing the Consumer Protection Act 2019. Union Minister of Consumer Affairs and Food, Ram...

13/04/2022/4:47:pm
Mahesh Bhatt pictured with daughter Pooja Bhatt. Mumbai: After the Kapoors, the bride-to-be's members of the family made their method at Alia Bhatt and Ranbir...

Chinese citizens stole important data of US and Indian government by...