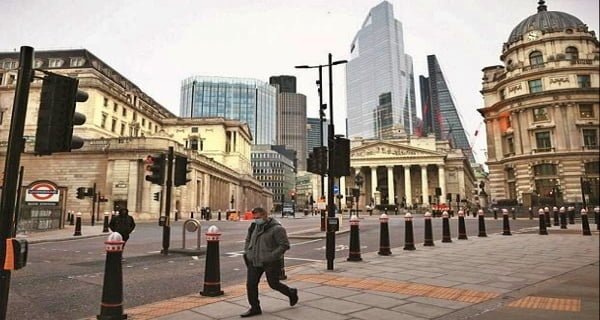 Britain’s main opposition Labour Party leader Keir Starmer has had to self-isolate after one of his children tested positive for COVID-19, Sky News reported on Wednesday.

The news came two hours after the Labour leader attended the Commons, the lower house of the British Parliament, for PMQs (Prime Minister’s Questions), during which Prime Minister Boris Johnson spoke virtually from his own period of self-isolation at his Chequers country residence.

England lifted most COVID-19 restrictions on Monday as part of the final step of the roadmap out of the lockdown. Scientists have warned that lifting all restrictions at this stage could increase the likelihood of dangerous variants.

Meanwhile, over 39,000 care home residents died with coronavirus in England in the year from April 10, 2020, to March 31, 2021, according to figures from the Care Quality Commission.

The highest number of deaths in a single care home was 44, the data showed.

More than 88 percent of adults in Britain have received the first jab of the COVID-19 vaccine and more than 69 percent have received two doses, according to the latest figures.

To bring life back to normal, countries such as Britain, China, Russia, the United States as well as the European Union have been racing against time to roll out coronavirus vaccines.

03/10/2020/12:49:am
New Delhi:  Marking the completion of a decade of sustainability reporting, Coca-Cola India today released its Sustainability Update for the year 2019-20. In line with...

Indian YouTubers will decrease in earnings, now the company will levy tax

29/07/2021/10:42:pm
Perryville (USA): A tsunami warning has been issued for Hawaii following a magnitude 8.2 earthquake off the Alaska Peninsula. According to the Honolulu Star-Advertiser,...

Naxalite Attack with rocket launcher, firing from the mountain and siege from three sides

04/04/2021/2:52:pm
Hidma's battalion targeted the soldiers like this Raipur: 24 soldiers have died in the Chhattisgarh Naxalite attack. The young men entered his den to catch...