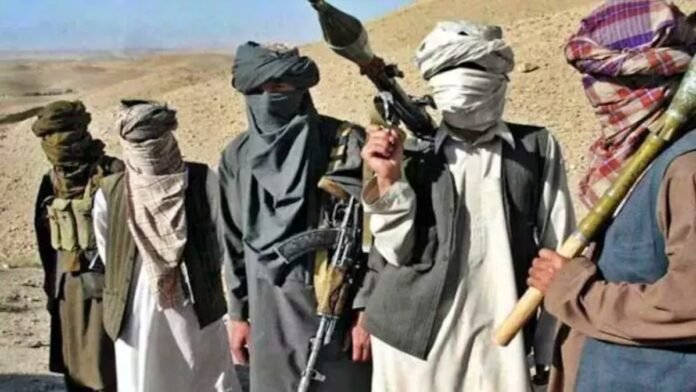 Islamabad: Once again there is a cloud of crisis in Pakistan. The banned Tehrik-e-Taliban Pakistan (TTP) on Monday called off the indefinite ceasefire agreed with the government in June. Not only this, he has also ordered his terrorists to attack across the country. The terrorist group says that it took this step because military operations are going on in different areas against the Mujahideen.

The banned group said the decision to end the ceasefire was taken after military organizations launched a series of frequent attacks in Bannu and Lakki Marwat areas of Khyber-Pakhtunkhwa province. Now our retaliatory attacks will also start all over the country.

This is a matter of concern for Pakistan as this terrorist organization’s statement has come at a time when the England cricket team is a day away from coming to Pakistan to play the first test-series after 17 years and on the other hand the new army chief has also taken over. have accepted. In such a situation, this statement can be heavy for Pakistan.

Tell that TTP was established in 2007. It is also known as Pakistan Taliban. Its main objective is to enforce its strict brand of Islam throughout Pakistan. Since its statement, no statement has been issued by the Government of Pakistan. Significantly, the TTP declared a ceasefire with the government in June, but attacks on security forces never stopped. The group never claimed responsibility and instead blamed separate groups for those attacks.

Big allegation of Trump’s financial firm, said – do not trust the accounts of...

16/02/2022/10:38:pm
New Delhi: The troubles of former US President Donald Trump are increasing. His accounting firm Mazars has severed ties with Donald Trump amid allegations...

What is Amway Pyramid Model? is it a Fraud? Company’s Business Plan Explained

19/04/2022/3:03:pm
Amway Fraud: The Enforcement Directorate has in a recent statement said that it has attached assets of Amway India in a money laundering case....

Ahead Of Ranbir Kapoor-Alia Bhatt’s Rumoured Wedding, RK Studios Is All Lit Up. See...

Bollywood star Akshay Kumar is the only one in Forbes top...