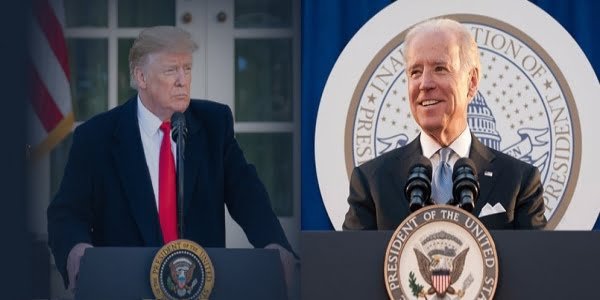 Washington: Presidential Debate on September 29 will be the first official presidential debate between US President Donald Trump and Democratic Party rival Joe Biden. In the US, there will be three such arguments between Trump and Biden before the elections on November 3.

‘USA Today’ journalist Susan Page will conduct it. All four debates are organized by the Commission on Presidential Debates (CBD). These debates will be of 90 minutes. In August, the CPD turned down the Trump campaign team’s request to hold a presidential debate in early September. Trump on Sunday told reporters that former New Jersey governor Chris Christie and former New York Mayor Rudy Gilliani were helping him prepare for the debate.

Earlier in the day, Trump tweeted and demanded Biden’s drug test before the debate. He tweeted, “I demand to have Joe Biden’s” drug test “before or after the debate. I am certainly willing to do this. His performance in the debate has always been uneven. Only drugs can cause these discrepancies. “

In response to a question at a press conference, Trump once again reiterated Biden’s demand for a ‘drug test’ before the debate. He said that he will also get it done. Trump said, “I am willing to do a drug test”. I think he should do it too… He has been very inconsistent… You know what I am talking about. If you have seen some of those arguments, I would say that there is no way that this can be continued.

They can’t continue it. ” Biden has not yet reacted to Trump’s comments. Meanwhile, more than 70 members of Congress have written to the CPD, appealing to make climate change a matter of debate. The presidential debate was first held in the US on 26 September 1960.

20/04/2021/11:24:am
Raipur: In view of the uncontrolled state of Corona infection in Chhattisgarh, the lockdown has been announced in all 28 districts. Restrictions have been...

Facebook clarifies amidst political chaos, no party has any relationship

21/08/2020/11:39:pm
New Delhi: The controversy over the social networking site Facebook in India is only deepening. Facebook has given clarification amidst controversies. In a statement...

9th round meeting between government and farmers ends, meeting again on January 15

08/01/2021/9:28:pm
New Delhi: The ninth round of meeting between the Central Government and the Farmer Organizations regarding the Agricultural Bill has ended. Like previous meetings,...

The air from Delhi to Punjab was polluted, after the festival, the air pollution...

06/11/2021/9:32:am
New Delhi: Where due to the tremendous fireworks on the night of Diwali, air pollution has now reached a serious level in many cities...