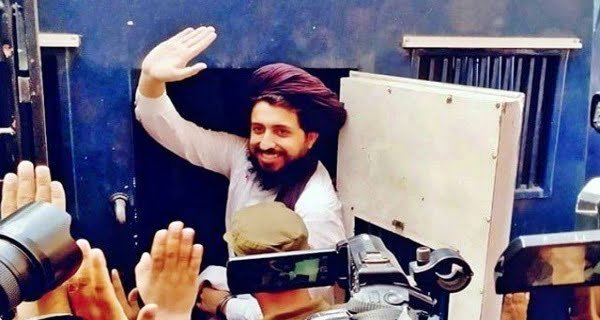 New Delhi: According to Pakistani media, the Pakistan government has released Tehreek-e-Labbaik chief Saad Rizvi from jail after removing his name from the list of banned persons under the Terrorism Act. have made.

Let us tell you that the Punjab province government of Pakistan on Thursday removed the name of Tehreek-e-Labbaik Pakistan (TLP) chief Saad Hussain Rizvi from the list of terrorism, under pressure from the radical Islamist party involved in deadly clashes with the police. However, the government did not clarify whether it would pursue several cases registered against Rizvi, in which he was booked for terrorism charges.

According to a notification issued by the provincial government, Rizvi’s name has been dropped from the Fourth Schedule, which lists persons suspected of terrorism or communalism under the Anti-Terrorism Act (ATA) 1997.

Rizvi, who was arrested on April 12 ahead of the planned protests by the TLP, was lodged in Kot Lakhpat jail under terrorism charges. Shortly after on 16 April, he was named in the Fourth Schedule. Rizvi is facing over 100 FIRs under terrorism and murder, attempt to murder and other cases.

The decision to remove Rizvi’s name from the list of terrorism comes days after the Imran Khan government entered into a ‘secret agreement’ with the TLP. The federal government has already lifted the ban on TLP citing the larger national interest.

22/11/2020/11:57:am
Jerusalem: The Israeli military has claimed that Palestinian fighters fired a rocket at Israel in the Gaza Strip on Saturday night, followed by sirens...

17/06/2021/9:21:pm
Beijing: China on Thursday sent three astronauts to its under-construction space station, where they will stay in its core module 'Tianhe' for three months....